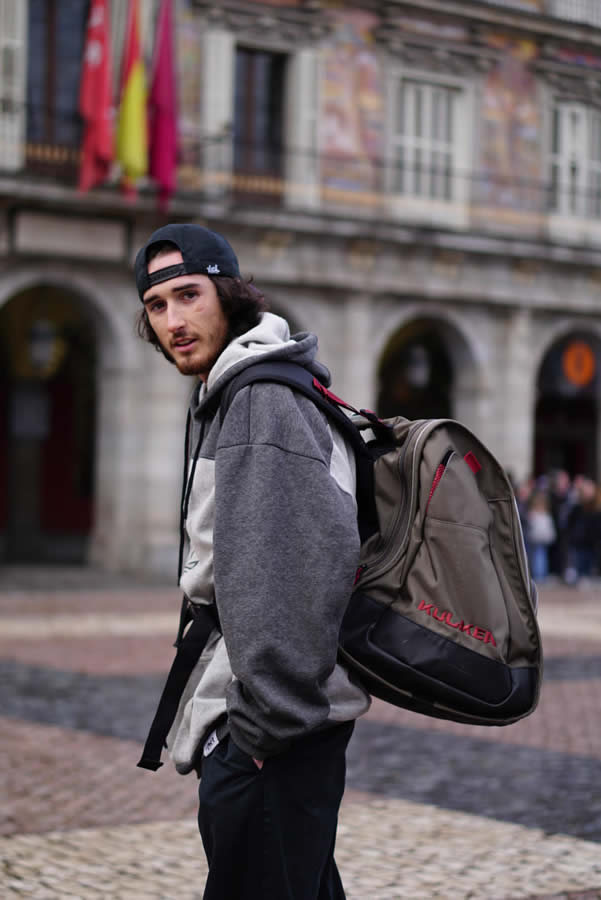 Kulkea athlete John Brown may be best known as a fierce slopestyle competitor, but he's also making a name for himself in real estate. What do the two have in common? Kulkea caught up with John via Zoom at his home in Park City, Utah, to find out. Over a cup of coffee, we discussed life after sport, his search for 'financial freedom' and why elite athletes actually make great CEOs. The below interview has been lightly edited for length and clarity.

Most people know you as a skier, but you also work in real estate. Are there any similarities between the two?

Yea, there definitely is. But it's not as obvious. I think the fact that they are so different is like cross-training in a way. I get inspiration from working in real estate and the whole 'being in learning mode' for all these new financial things with the business. And it's awesome to put myself into a growth scenario again because ski competitions kind of made me stale at a certain point.

I was competing for a long time, and I kind of got burnt out. When I took a step back last year, I got a bunch of energy from starting something new and working my brain instead of my athletics. It became a new avenue of moving forward. That brought a lot of excitement and drive that I wanted to put back into skiing. They definitely feed off each other. So, it's pretty sweet to be able to have something that breathes new life into my skiing, and I can kind of chip away at both for my long-term goal of having both heavily in my life.

What's the real estate scene in Park City like at the moment? Have a bunch of pandemic refugees fled coastal cities for Utah?

Park City has exploded like crazy. It's insane. Usually things in the high-end market – which here is like $3-million-plus – would be on the market for years. This past year, there has been this urgency in the high-end market, and also the normal market is just crazy, too, and everything is going.

Yea, I used to flip cars. But I wanted to get into real estate because it's a little bit more scalable. I realized that, if I could flip depreciated assets like cars, then I should be able to do it with homes, too. The more I got into it, the more I got into the whole financial side of life. Before, it was pretty much like: 'Okay, I'll make some money skiing and at the end of the year, I don't care if I'm broke.' Now, I'm getting a little older and I know skiing isn't going to last forever, and I don't want to, like most people at the end of their ski career, have a hard time. So, this is my little transition. Within my mind, I have sort of a safety net that I have a new career that will ultimately outlast my ski career.

How did you go from figuring out your own financial goals, to helping others do the same with your Financial Freedom Events?

It's all based around giving education to athletes on how to transition out of sport and how to set yourself up for the future. The structure of an athlete's career is so different, payment-wise, than a normal career where you stop at 65. Athletes will stop at 35 if they're lucky. Usually, the people who are making a good amount of money in their sport are making it at the beginning of their career and then it slowly kind of dies out. There are always exceptions but, for the most part, you build until some perfect age for your sport and then there is a slow decrease where there is no growth anymore.

It puts you in this weird mindset like you are getting worse and worse at your job until you ultimately can't do it anymore. And also, you kind of have an identity crisis because that's all you knew. So, with all that mixed in, it's like a lot of people leaving sport have a hard time transitioning. I guess I was trying to bring awareness to that. Like it's hard, don't worry about it. If someone is having a hard time, these are the reasons and you're not alone in it.

So, tell us about the actual event!

I had two skateboarders come and speak with me. One was Mikey Taylor and the other Paul Rodriguez. They started this beer company St Archer that was sold to MillerCoors for like $70 million, and that took them like five years. So, it was this perfect event to have these people come. It was great to have them speak on getting ahead of your finances, not living beyond your means and all that. It's all basic stuff, but you need to be aware of it. Hopefully we can do one of these events every summer.

The sad truth is that a lot of athletes struggle to make it a financially viable pursuit. What kind of advice would you give to a young skier who may be killing it right now, but who has no idea what the future holds?

It's pretty simple in general, you just have to take accountable action. And keep taking action. My advice to people is to have a goal. It's not all about money, but it's about that transition, about doing what you want to do and not being trapped in something you think you have to do. It's a mindset thing. If you don't have a plan or goal, you won't be doing the action every day to get it done. Once you have a goal, you can figure out how to get there by having a little bit of your own interest in it, doing some due diligence and taking action. 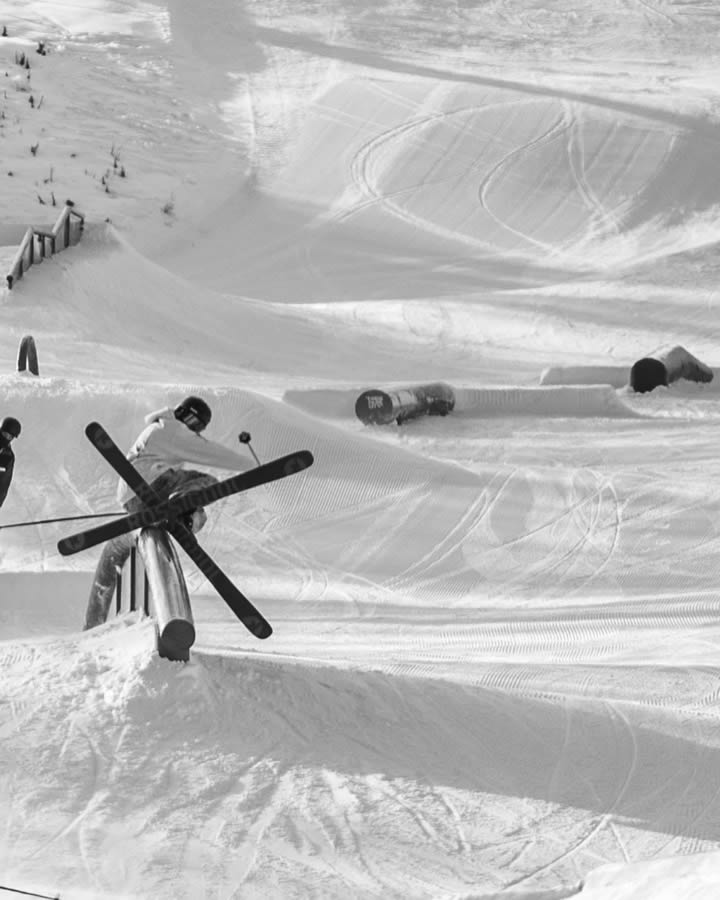 It feels like a huge part of being an elite athlete that nobody talks about is that everything you spend your whole life working towards has a pretty early expiration date. And then there is this inevitable identity crisis at the end where it's like, 'I put all this time and effort into the sport, and maybe I got some medals and some titles, but what did I do this for and what do I do now?'

Exactly. And even if you do have the hardware and some money at the end of it, it may just last a few years and then it's like, 'wait what?' That said, being an athlete – especially one that has some accolades – you don't get there by accident. Basically, everything that you went through to build yourself to be the best – and to try and do things that have never been done or even thought of before – if you think about that in the business realm, you are basically describing the best CEOs possible.

It's like a trick: You think of it and you wrap your head around how it's going to work out and take action to get it done. It's the same thing with business. You take an idea and reverse-engineer it to figure out how you can take it to a consumer and market it to fix a problem or create something new.

And I guess, as an elite athlete, you're also used to dealing with failure.

All the failures you experience as an athlete help. If you mess up skiing you are going to be in a hospital having surgery. If I mess up in real estate, I don't get paid for a couple of weeks or months. It's much less of a big deal. Learning defeat, and how not to be afraid of it – to be able to still learn from it – is a huge thing in skiing and also in business.

Towards the end of my time competing, I was like, 'okay, I'm afraid of getting hurt so I don't want to progress my skiing. I want to keep doing the tricks I can do and do them better and better.' But then you are not really growing, so you start getting burnt out. You're just like, 'I want to do my runs with all these tricks that I have that are good-enough,' but then you're playing a weird game where it's not for the love or the growth of it. It becomes this victim mindset more than a growth mindset. That was super eye-opening for me when I got into real estate. I was like, 'my failures here are not going to hurt nearly as bad as in skiing, so let's just go for it.' Maybe others wouldn't have that high of a risk tolerance? 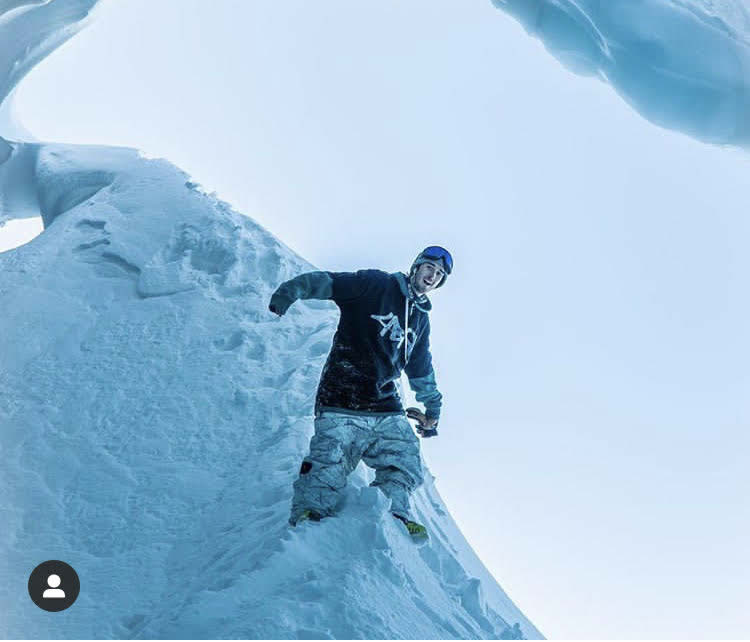 So, being an athlete is actually this great bootcamp for going into business?

Exactly, but a lot of athletes don't understand that. They think, 'no one will want to hire me because all I know is how to ski.' But, if you are at the top level, that can translate into so much more.

You have dual citizenship in Ireland… are you more of a Guinness guy or a Jameson guy? Guinness. Jameson gives me heartburn!

What's the most expensive property you've sold? Just under a million, which isn't actually that expensive for Park City.

True or False: Competitive skiers live lavish lives of the rich and famous? True and False. If you are into travel and adventure, then yes, but if you are into bling-bling, no.

True or False: You John Brown are a descendent of the 19th century Abolitionist leader John Brown (featured in the new Showtime series TheGood Lord Bird)? False, but I have seen his grave in Lake Placid, New York!

Runner up is the Thermal Trekker Heater Ski Boot Bag