The longer you're in the skiing game, the more often you're going to need to upgrade your gear. Young rippers often need new ski gear just to keep pace a growing body. Some folks simply like to have shiny new skis, bindings, boots, helmets, etc., each season. But upgrading gear isn't simply about having the latest and greatest models.

As we advance from beginner to intermediate to, with enough practice, expert skiers, the level of gear we use means more and more in terms of performance. The technology continues to improve every season, and better technology makes for a better experience. That translates to more fun.

Upgrading your ski equipment has certain safety benefits as well. The same technology that improves the performance of your gear adds another level of security. And, again, that peace of mind adds to the entire experience.

So when is the best time to upgrade? In truth, that's a very personal choice, often based on financial priorities. That's understandable, since skiers come from all sorts of ability levels, commitment levels, and socio-economic levels. Still, we can safely recommend some basic guidelines:

When to Upgrade Skis?


Late last November, I was making my first turns of the season with skiing legend John Egan at Sugarbush in Warren, Vermont. At the top of one run, as my wife was adjusting her boot buckles, Egan leaned over to quietly impart some advice.

“You might want to think about upgrading those boards,” Egan told me, with his trademark grin.


He didn't have to say it twice. The planks I had were solid but not spectacular, without many miles on them. More importantly, though, they were at least 10 years old, and ski design and construction has evolved a great deal in the past decade. The next day, I rented a pair of performance skis from the Sugarbush pro shop, and immediately noticed a big difference.

The bottom line? If your ski's profile looks more like Kevin Durant – more than 200cm long and straight as an arrow – and less like Marilyn Monroe (or Kim Kardashian, for those under 50), you may want to replace them. New shapes, new materials, and new construction techniques all help to make for a better ski. And, everything else being equal, a better ski will make for better turns. It's hard to put a price tag on that.

Plus, keep in mind that the act of skiing itself, as well as the tuning process, can be rough on your gear. Skis will eventually wear out. If you've skied hard on the same pair of boards, take time to inspect them closely to assess their current condition. Check the edges and base materials for cracks or deep gouges.

Ski edges are particularly prone to wear and tear. The edges can become so thin that they're susceptible to breaking. You want to replace them before reaching that “point of no return.” Similarly, cracked sidewalls will drastically reduce the ski's “grip.”


Belt and stone grind tunes, while a plus on the performance side of the ledger, will wear through base material more quickly. Also look out for on-slope damage, like gouges caused by protruding rocks. Ruts and holes are often repairable, but the more repairs the more compromised the ski is. (This is also true of surface “plugs” that reveal the ski bindings have been moved and/or replaced several times, which is a legitimate concern if you bought second-hand or former demo skis.)

Even “normal” wear and tear adds up. You may have heard about skis getting “banged out.” That's not urban legend. Over time, base materials dry out naturally (no matter how dedicated you are to waxing). Skis also start to lose torsional stiffness and stability. The wood core featured in many skis begins to deteriorate. Same for the epoxies and resins that hold the ski together. Put these all together, and a ski's performance will suffer.

Don't wait until your boards actually delaminate – trust your own “feel” for your gear. If your skis don't feel like they're carving compared to seasons past, it's unlikely you're imagining things. Get a new set, or get used to being disappointed. Save the old pair for those toasty spring outings when the rocks are as plentiful as moguls. 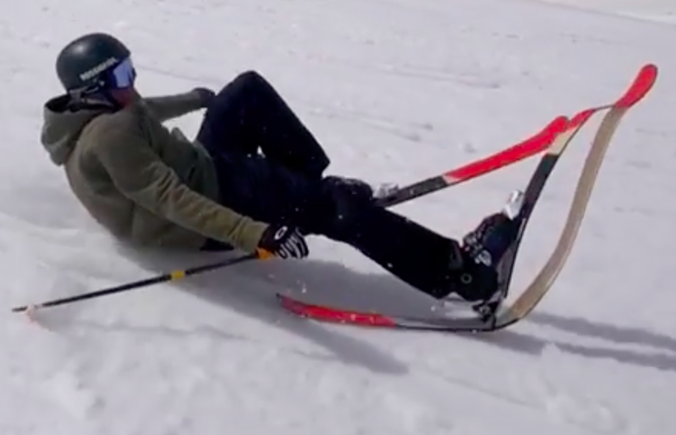 When to Replace Ski Bindings?


Another personal experience. During one interminable 8-year stretch of middle age, I went through a series of serious orthopedic operations, including a couple of hip replacements and delicate spinal surgery on an aching lower back. They were the result, one doctor told me, of “a life well lived.” My active lifestyle, which included hockey, basketball, soccer, skiing, snowboarding, mountain biking, and other pastimes, had taken a toll, and certain parts of my body had reached their expiration date.

Turns out, ski bindings have an expiration date as well. When I was finally given the green light to return to the slopes, I quickly rushed down to my local ski shop to have my skis tuned. I was surprised when the technician told me: “Good thing you brought these in now. It's the last year I can work on these bindings.”

The reason was simple – the shop could no longer “indemnify” the bindings, due to their age. Every year, ski shops get a list of “indemnified bindings” that are covered by the original manufacturers. The flip side is that if your bindings aren't on the list, professional ski techs won't touch them, due to safety concerns.

This list is not a case of “planned obsolescence,” though it's clearly a hedge used by shops and manufacturers against spiraling insurance premiums. In reality, the “indemnified bindings” list helps protect skiers, recognizing that it's difficult to judge a binding's effectiveness simply by visual inspection. In this case, safety trumps spending a few extra bucks.

Even if your bindings are still indemnified, it's a really good idea to have your shop perform a torque test every year to make sure they're working properly. If there are any doubts, upgrade. Like skis and boots, bindings have a limited lifespan that's determined more by how often and how hard you ski, not necessarily the years of service (much like your car). And in the off-season, turn down the binding's DIN setting, which allows the tension spring to relax (just don't for to reset it the next time you head to the slopes).

When to Replace Your Ski Boots? 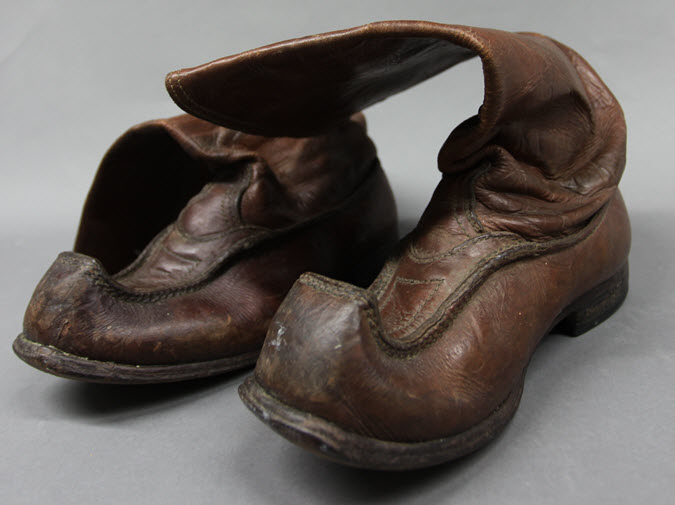 I'm old school. When I find something I like, I stick with it. That's why I'm still rocking a pair of Raichle Flex-On Comps. I am, however, on my third pair of boot liners. That's because the liner's heavy-duty foams will eventually break down (especially if you're an aggressive skier).

Like skis that are “banged out,” boots can get “packed out.” A “packed out” boot won't longer hug your foot and ankle properly. As a result, you may start cranking the buckles down a little tighter, potentially creating uncomfortable pressure points, or put up with that slightly disconcerting sensation that your feet are sliding around a tad more than usual. Either way, the boots won't perform as well.

In my case, replacing the liners was just what the doctor ordered (no pun intended). By working with my local ski shop, and diligently searching the Internet, I was able to find a couple of pairs of brand-new liners that have allowed me to extend the life of my treasured Raichles. However, there's more to a pair of boots than the liners.

First, make sure the boot's buckles are still intact, and operational. Second, boots are made of plastic, and plastic has a limited shelf life. Boot shells can crack due to constant exposure to the stresses of the sport and the elements, including ultraviolet light. A rule of thumb in the industry is that a solid pair of boots are good for about 150 days on the hill. Now, that figure will change based on your “normal” ski day – Is it eight hours, or only four? – and how hard you ski. But, generally speaking, 150 days is a reliable guideline. So, if you average 30 days of skiing each season, plan on getting a new pair every five years.

Last, the underside of the boot is crucial in the boot/binding/ski interface. If it's worn down, that condition can impact how well the binding does its job. That's a major safety concern. Some boots have replaceable heel and toe pads, which is a nice touch. However, many boot don't have this feature, and worn heels and toes present an added risk. A good local shop can actually measure the amount of wear on your boots, and determine whether they can still function correctly.

To ensure you get the most out of your boots, store them properly (i.e. fully buckled) when you're not using them.


And yes, I have a new pair of boots this year – a pair of burly Full Tilt Seth Morrisons with the classic Raichle-designed 3-buckle shell. Some things never change.

When to Get a New Ski Helmet? 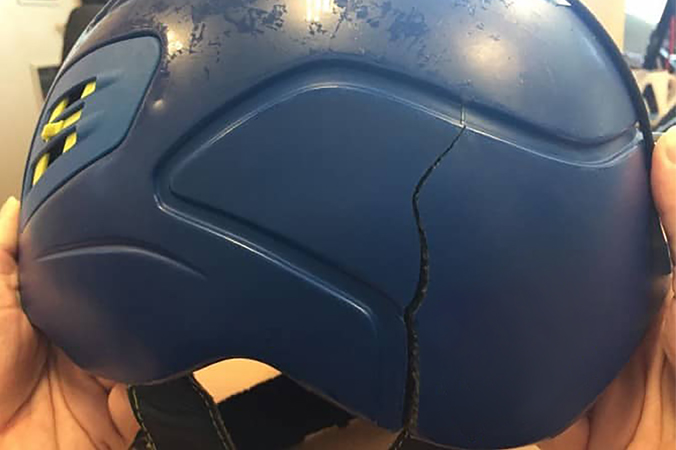 As an avid cyclist, I'm a huge proponent of helmets, for two main reasons. First, despite being a solid bike handler, there are always unexpected hazards, like a pothole on the streets or a random root or rock on the trail.

More importantly, there are other people sharing the streets and the singletrack, and I trust them far less than I trust myself. Same goes for skiing and snowboarding. A helmet adds another layer of security to protect me, and my loved ones, from some slopeside knucklehead.

And, like other ski gear, ski helmets have come a long, long way since first entering the mainstream market. They are lighter, and better vented. But they aren't designed to last forever. Due to the temporal nature of the EPS foams used in most ski helmets, these lids should be replaced at least every five years. Here is one instance where it doesn't matter how often you actually wear the helmet.

However, if you've had a crash that involved the helmet, replace it immediately. Like a cycling skid lid, ski helmets are designed to crush on impact. Once compromised, it's no longer as effective. And since it's protecting your noggin, this is no place to cut costs.