The cancellations began as a trickle in the spring of 2020, and soon became a torrent. Some races and rides were initially postponed, but when the full scale of the pandemic became evident, even those events were shuttered outright. Road races, mountain bike races, gravel rides, charity rides, triathlons – none were spared the long, inexorable reach of the coronavirus. Social distancing guidelines, made necessary by COVID-19's highly contagious nature, meant competitive gatherings had to be put on hold.

The new year, however, brought new promise, with a better understanding of the virus and highly effective vaccines providing a glimmer of hope. Like much of nature, cycling events have awakened from their long slumber. Health experts had consistently advised that getting outside, and staying active, were key to maintaining a robust immune system. Now racing and ride enthusiasts have events to look forward to participating in.

"I definitely see light (at the end of the tunnel) and am very excited," said Jill Patterson, a road/gravel racer and cycling coach from Alexandria, VA, in early April. "I've already done one gravel race and have signed up for several other races, and have begun the prep and training for those. It will be great to get back to racing and have the chance to do a version of what I had intended in 2020." 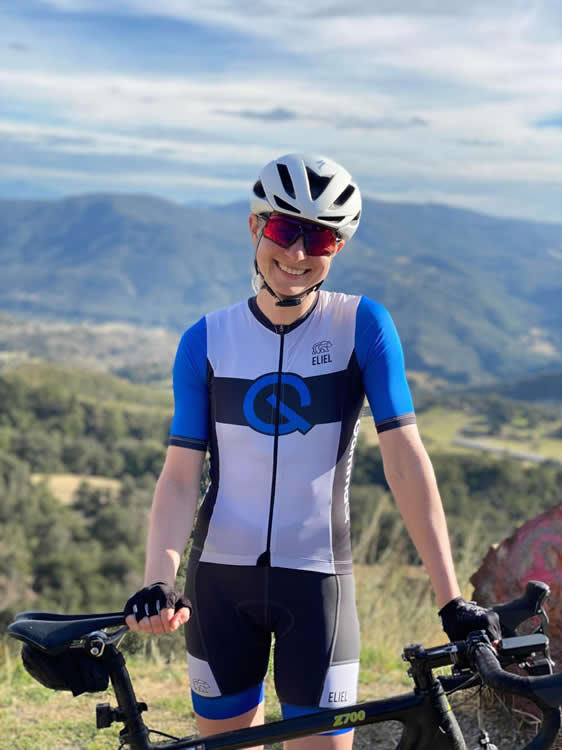 Like many racers and competitive riders, Patterson's 2020 was an unexpected interruption, putting the best laid plans on the back-burner.

"It was quite difficult for me because I had intended for 2020 to be my breakout year," said Patterson, 39. "I had saved some money and designed my life to be able to focus primarily on racing and cycling and I was aiming for National and International Gran Fondo titles. I had a coach and was training up and was at the best fitness I've ever been at, and I know I would have done well in the races. Doing well in the races would have immensely helped my cycling career as well as my coaching career."

Likewise, Dan Gump, a Kulkea ambassador and endurance athlete from Erie, CO, said it was difficult to maintain focus during the early days of the pandemic.

"Initially the hard part was just not having a target to train for," said Gump. "One of the things that I love so much about racing is the training process. I love the planning and prep, and watching it come together, or sometimes not."

However, Gump, like many competitors, found a silver lining with the loss of his race calendar. "Once I really just stepped back and realized that I could just ride for fun, I had a great year on the bike," he said.

Patterson agreed, noting that "I continued to ride with a small group of select friends and they really pushed me. Not only did they keep me fit, but they gave me a social outlet, and my friendships actually deepened considerably this past year." 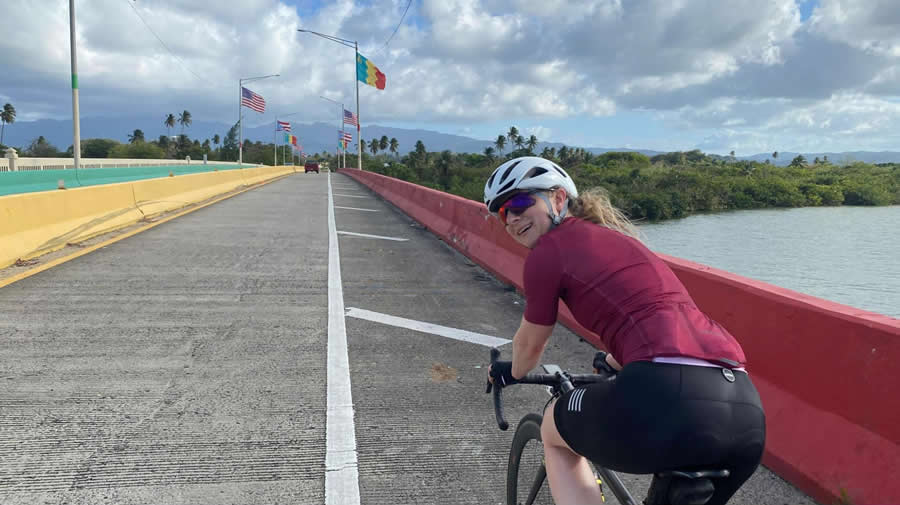 "Had I been traveling and away racing as much as I had intended, I wouldn't have spent all that time with those people, and those friendships wouldn't have developed to the degree they did," she said. "It will be great to get back to racing and have the chance to do a version of what I had intended in 2020. But I have to admit that part of me will miss the fun of just "riding with the gang" with no pressure to perform well."

Todge Akeem Cooper of Colorado Springs, an enduro and downhill racing specialist, noted that another bright spot was that bikes became incredibly popular during the pandemic. In fact, many shops had trouble keeping their showrooms stocked. 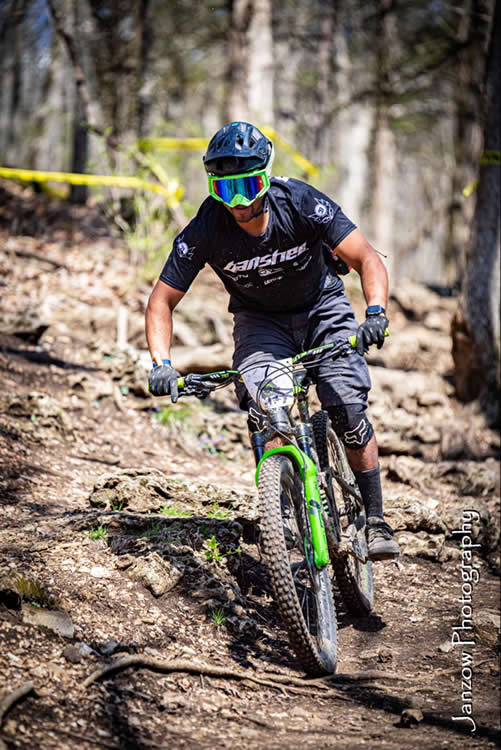 "COVID has brought a lot of people into the biking community, and it's just awesome seeing people on bikes," he said. "So What are you going to do to separate yourself from the competition?"

Cooper added that it was easy to stay motivated "every single morning" knowing that there are thousands of other athletes gunning for the same results. And those athletes were all champing at the bit to start racing again once precautions were relaxed.

"The biggest challenge during the time of COVID was getting signed up for races because so many people are interested in racing and riding bikes," he said. "I believe this is all a setback, and wherever there is a step back there will always be a step forward. I'm super stoked to be back in between the race tape again." 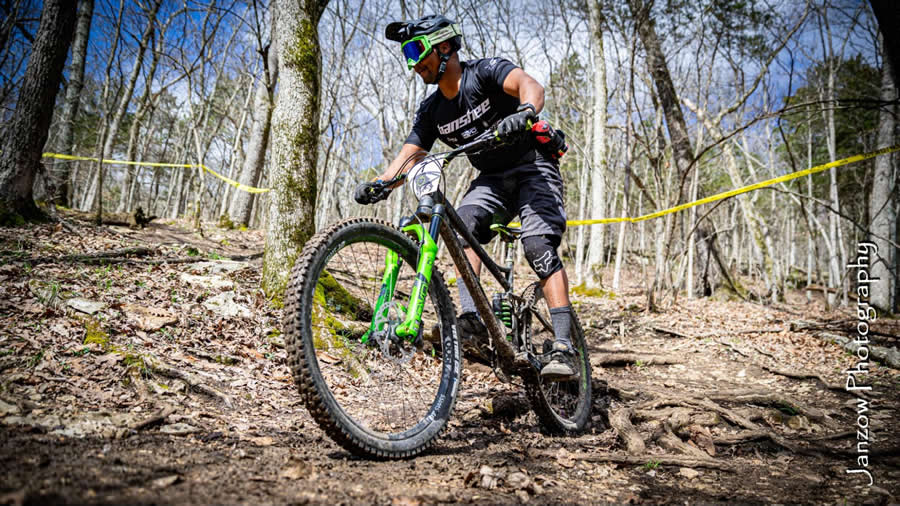 Cooper already has signed up for more than a dozen downhill and enduro events, with the highlight being the Sea Otter Classic Enduro in California. Gump, much like Cooper and Patterson, said he's looking forward to resuming good-natured rivalries with fellow competitors, and enjoying the special camaraderie they share.

"I'm definitely excited to get back at it. Although I've really enjoyed the reset, it's nice to have a full schedule of events on the calendar," he said. "The community has been something that I've missed, so it will be great to be back."

All three Kulkea cycling athletes expect to have busy race seasons that will take them across the United States and points beyond.

"The big focus is the Leadman series (in Colorado), but I have some other fun ones on the books as well," said Gump. "My first bike race of the season is the Roll Massif Sunrise to Sunset 12-hour race on June 5, which I'm pretty stoked about."

"Right now, I'm hoping to do Unbound Gravel, the Belgian Waffle rides in California and North Carolina, and GFNY Italia," said Patterson. "I'm sure I will do others, but those are the bigger profile ones.

"Unbound will be an epic adventure, and since I haven't done an event quite like that it will definitely be a challenge," she said. "Plus it's on June 5, my 40th birthday, and I will get to do it with friends. I can't think of a better way to celebrate my 40th than 'suffering' for 12-plus hours on gravel."

For these competitive cyclists and others, clearly, the best is yet to come. Starting this year.

"My number one goal has always been to find my ceiling," said Patterson. "I just want to do my best, and discover what that 'best' is. I still think I have room for a lot of improvement and growth as a cyclist, so I'm not there yet. As long as I'm improving and learning, then I'm completing my goals."

Looking to race, or a competitive group ride? Here's a short list of resources to help you find an event for almost every two-wheeled discipline, almost anywhere: