Among the best memories any grown-up can have are those moments of unbridled freedom we enjoyed as kids, the sense that the world was at our fingertips. Adventure didn't mean going halfway around the world, but just around the corner. My siblings, our friends and I explored our small northeastern New Jersey town and surrounding communities by bike and by foot. The scope of our outings was only limited by our legs, and our imaginations. And we'd end every day tucked in our own bed, our heads filled with delightful thoughts of our escapades.

That scenario nurtured an active lifestyle many of us still adhere to. It's a lifestyle we cherish, a lifestyle that Kulkea aspires to enhance. Yet, as we age, we risk losing that sense of wonder with our local environs. We set our sights to further horizons, requiring long road trips or air travel.

Now, I treasure adventures that stretch well beyond the normal day trip. I live in an area – the Northeast – that allows me to get far away from "the madding crowds" within a day's travel (usually by car, but I've taken seaplanes to get to Maine's remote sporting camps). I love exploring unique nooks and crannies throughout North America and overseas.

But the reality of the COVID-19 pandemic is that people are less likely to take longer trips for many reasons, including state restrictions and personal concerns. According to an Oxford Economics survey, and published in Outside magazine, the industry can expect to see a $400 billion decrease in U.S. travel spending this year, including $350 billion in domestic travel. That's a tough pill to swallow for those in the travel and resort business, and those from destination areas that rely on that cash infusion.

Still, there's a silver lining to the pandemic – we're encouraged to appreciate the things we often take for granted. We've slowed the pace of our lives, realized that work is not everything, hug our loved ones more often. For many of us, we've rediscovered outdoor gems closer to home.

"The whole slice of eastern Massachusetts is delightfully green," said my friend Lafe Low, author of "60 Hikes Within 60 Miles of Boston." "Look down when you’re coming into Logan Airport. Sure, you see the city and some urban density, but you also see a lot of green." 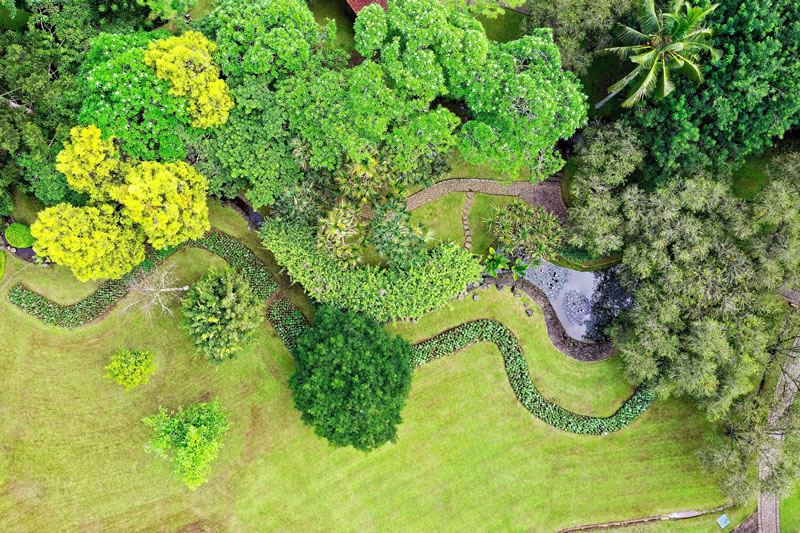 "Sometimes, when all you have is a couple of hours and need to get out and get wild, it's critical to have a set of trails just around the corner," said Low.

When I was a newcomer to Boston's North Shore, I explored nearby attractions like the Plum Island Wildlife Refuge (situated on the Atlantic Flyway for migratory waterfowl). I joined the Appalachian Mountain Club to feed my love of the mountains, but realized the AMC's Boston Chapter offered local outings that didn't require an overnight stay or a long haul.

"These green spaces close by to Boston give people an opportunity to experience the solitude, the wildlife, and the feeling of being close to nature," said Mike Tuohey of the AMC's Boston Local Walks/Hikes Committee.

That's the beauty of a day-trip – You can get the sense of "getting away" without putting too many miles on the family vehicle. Plus, you may find surprises you never expected.

Want a second silver lining of the pandemic? Within months of numerous "stay at home" orders, typically smog-bound locales like Los Angeles suddenly had clear skies, indicating an improvement in the air quality. The pollution dissipated, and with it, many concerns about exercising near urban areas. People could breathe again.

The reduction in smog not only benefits people, but also the planet as a whole. Day trips help cap the amount of carbon emissions humans produce, minimizing our carbon footprint.

How about a third silver lining? By staying closer to home, we have an opportunity to see our tax dollars at work though the preservation and upkeep of state parks, state forests, and local municipally managed conservation properties. Boston's 1,100-acre "Emerald Necklace" of parkways and waterways is a collaboration of city and state agencies.

Add private lands placed in public trust or quasi-public protection, like the Audubon Society, and the number of number of properties you can find right outside your door, or within a short drive, increases exponentially.

"I am a huge fan of the Blue Hills Reservation," a state-owned property just south of Boston, Low said. "Just that it exists, that there is such a large reservation so close to the city, is awesome." 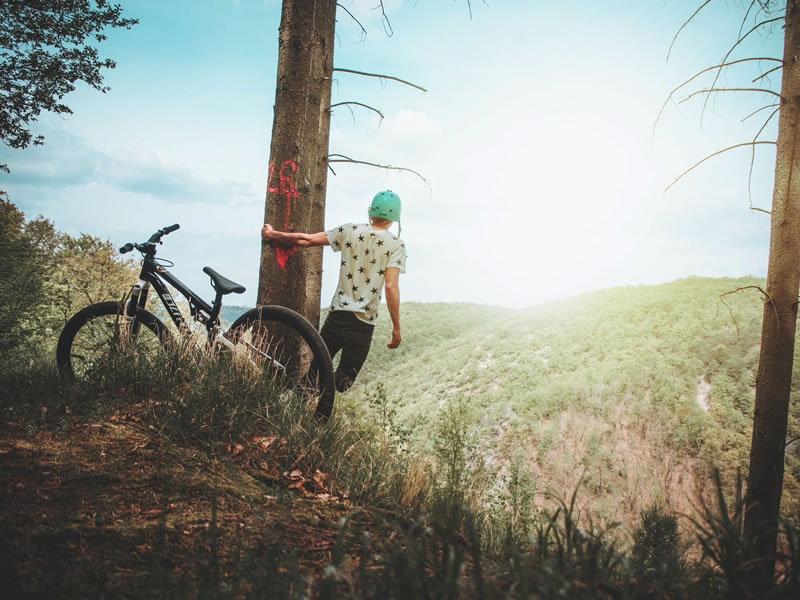 An early convert to mountain biking in the 1980s, I learned to ride off-road while uncovering new surroundings. Trail discoveries led me to seek out like-minded folks - local chapters of the New England Mountain Bike Association, local bike shops, local AMC groups, conservation groups such as the East Coast Greenway Alliance, the Trustees of Reservations, and Essex County Greenbelt, and retail outlets that offer programs.

Before long, I knew so many trail networks that my own "neighborhood" became a day-trip destination for friends from New Hampshire and other corners of the Northeast. It was a blast to return the favor.