Everybody knows what tailgating looks like at a football game. Some are familiar with the ins and outs of how to nail winter tailgating during ski season. But is there an equivalent for cycling? Kulkea asked this question to four athletes: Brendan Walsh, Jill Patterson, Lynnea Salvo and Dan Gump. Below are some answers which, more than anything, give us an inside look at their ultimate post-ride routines.

What is bike tailgating?

So, what exactly is bike tailgating? Well, that depends on who you ask.

Brendan Walsh, a Kulkea Biking Ambassador and Guinness record-holder for fastest north-south crossing of the United States, says moments like this are often looked at as "the in-between." 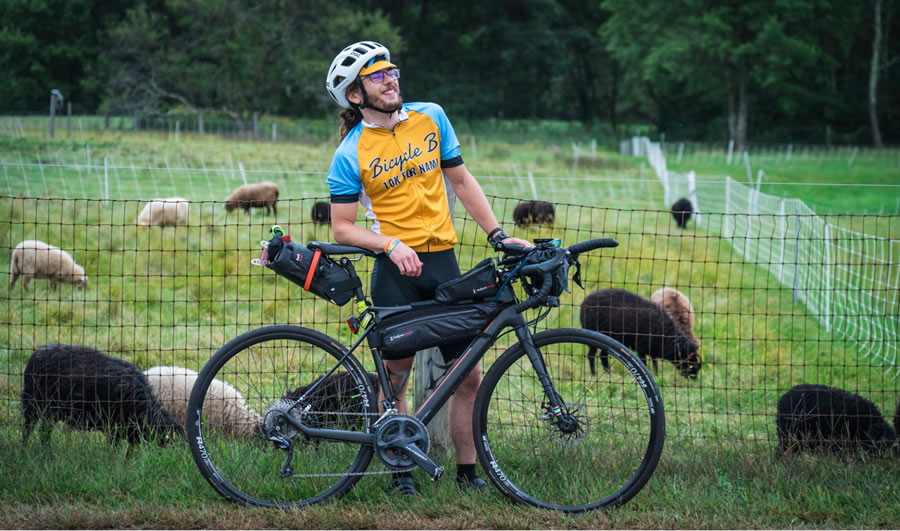 "It's the median between the adventure and the drive home," he explains. "My favorite part is staying in that moment, feet up with legs covered in mud, just a little bit longer and savoring the adventure."

Jill Patterson, a road racing athlete and cycling coach with Peaks Coaching Group, agrees, calling it recovery time. "After a hard ride I'm usually pretty exhausted and just want to enjoy the feeling of being tired, sitting around and relaxing, refueling and spending time with friends," she says. "To me, bike tailgating is enjoying how a hard ride can intensify the pleasure of all of that. When you suffer a bit, you appreciate the little things that much more."

Patterson says it's also a chance to be proud of the hard effort you gave, and to be a little thankful it's done – at least, for the time-being until the next time! 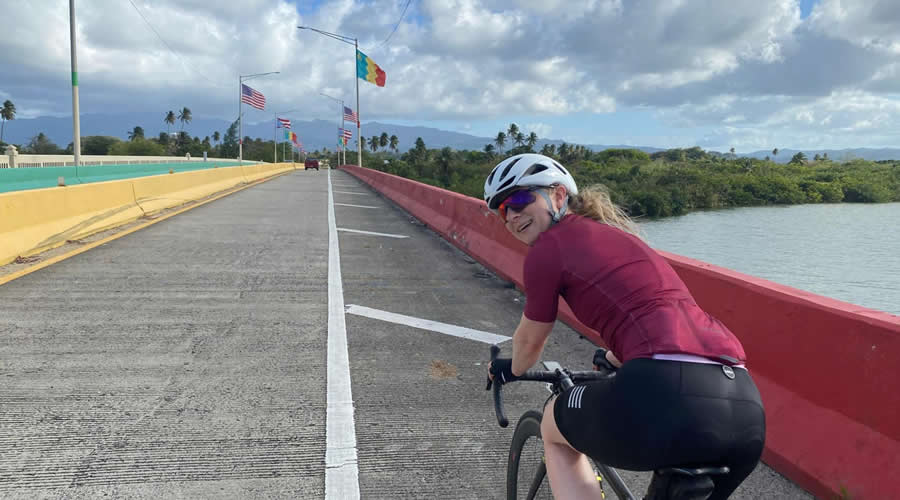 "Everything is better after a hard ride: Food tastes better, sitting and relaxing feels great, wiping off the grime and sweat and changing into clean clothes is super refreshing, reliving the good and bad moments of the ride with friends is awesome, and when you finally get to sleep at night, you just melt into bed."

What does bike tailgating entail?

For some, tailgating is more of a party. For others, it's a post-ride routine.

Lynnea Salvo, who holds the Guinness World Record for oldest woman to cross America by bicycle, says it's been a while since she's done a long-distance multi-day ride with other people where they ended at a hotel or campground. Even then, she and the crew would normally disperse for showers upon arrival. 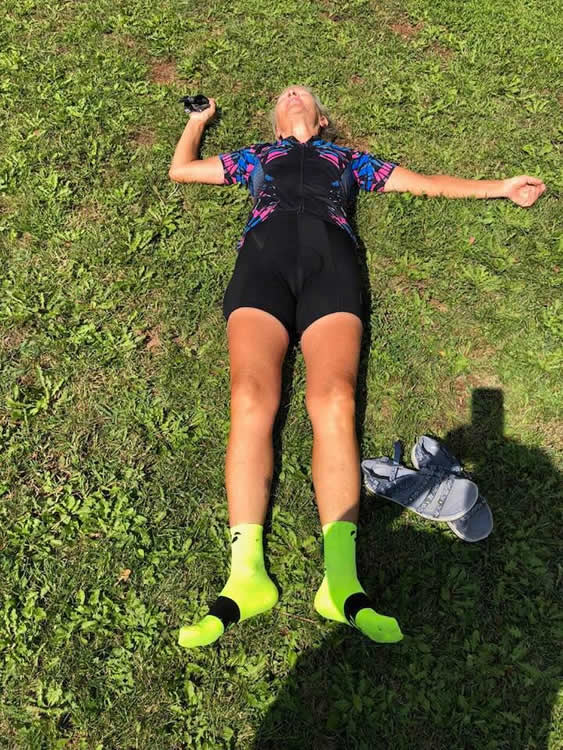 "For me, the 'après' is dinnertime when we gather again and talk about the day's ride," she explains. "I personally have an end-of-day checklist that includes cleaning my bike, drinking my protein smoothie, writing up my log, going through my photos of the day, creating a Relive video and thinking about my blog for the day. I try to wrap up the current day before reviewing the route for the next day."

Dan Gump, a Kulkea Biking Ambassador, says bike tailgating is all about taking a little time to celebrate a successful day – and to recover. "It is a great way to take a moment and cool down, take a dip in the river, when available, and enjoy the day," he says. "You can just hang out with nowhere to be."

Of course, you can't always choose where your ride will end, but tailgating by a tempting body of water, in summer, or a crackling fire, in winter, make for some of the most memorable experiences.

"In the summer, I love parking near a river or lake and after the ride jumping in," Patterson says. "In winter, it's great to go to a cozy place to get warm."

Walsh says one of his best memories was on the last day of the US north-south record when he and his wife 'tailgated' in a bunch of beautiful spots in the Florida Keys. "Being born and raised New Englanders, the tropical landscape added to the mysticism of the end of the adventure," he explains. "The iguanas sprinting through parking lots and the sweet nectar that is Powerade on 100-plus-degree days" made it a perfect finale.

What should you pack?

So, what are the key ingredients for the end of a great ride? While Gump tries to keep it minimal with a camp chair, cooler and his yoga mat, Walsh enjoys a good pop-up table and a rolling Coleman grill – plus plenty of tunes.

"I always have my JBL [speaker] nearby on any supported adventures," he shares. "Nothing like some Stick Figure and a cold beer after a hard ride!"

Food, of course, is a no-brainer.

"After a big ride I'm an inferno," adds Walsh, who says he's been known to smash several quinoa burgers and destroy packs of Oreos. "I also love a turmeric kombucha to settle the stomach and reduce inflammation after a big effort." 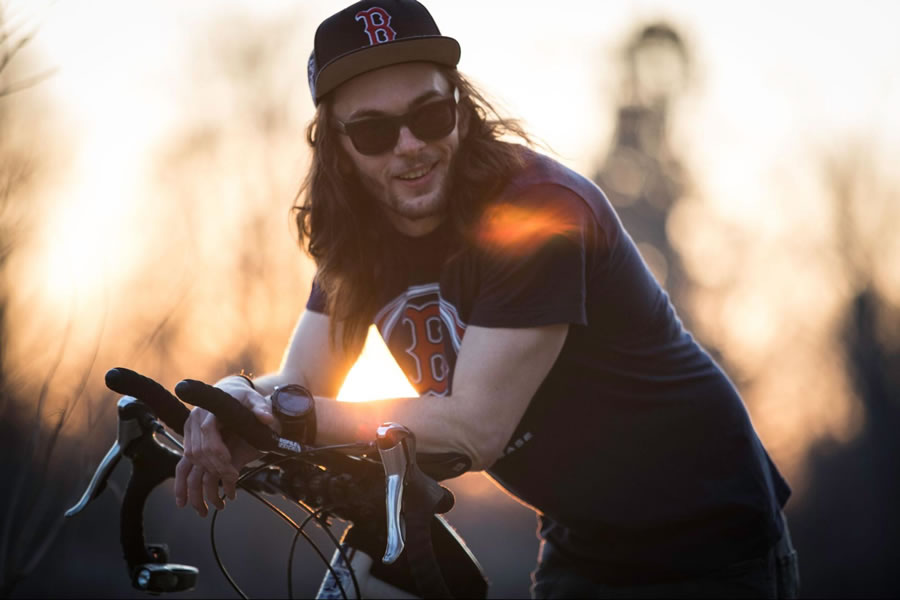 Patterson usually stops at a convenience store for something cold and carbonated right after a ride.

"For some reason, that tastes so much better than plain water," she says. "Then, after I've changed and rehydrated, I think about food. Usually, I go with my friends to a sit-down restaurant – outside because of Covid – or we do takeout and all sit in a park to eat. Sometimes people bring food and we share that."

Patterson says she usually avoids sweet stuff since she eats that during the ride. Instead, her go-tos are burgers, barbecue, pizza, burritos or other protein-heavy meals, which are good for muscle repair. "Honestly, anything tastes good after a super long day in the saddle," she adds. "Especially salt! I liberally salt everything after a ride, so I make sure to bring salt or ask for a salt shaker."

No matter what you pack – or how you plan to tailgate – Kulkea's newly launched OTRmost collection will be a major help. Be it the featherlight hydration backpack with 15L of storage or the more spacious cycle bag for mountain, gravel and road biking enthusiasts, this consciously designed gear is primed to take your end-of-the-ride plans to an entirely new level.