Summer is just around the corner, many of us are vaccinated, and the idea of setting off on a long overdue road trip sounds like the most exciting thing since 2019. The biggest question is where to go? For those who prefer their road trips more trip than road, Kulkea recommends the following five routes where you can use your car, camper or RV as a roving launchpad for a wide array of epic adventures. 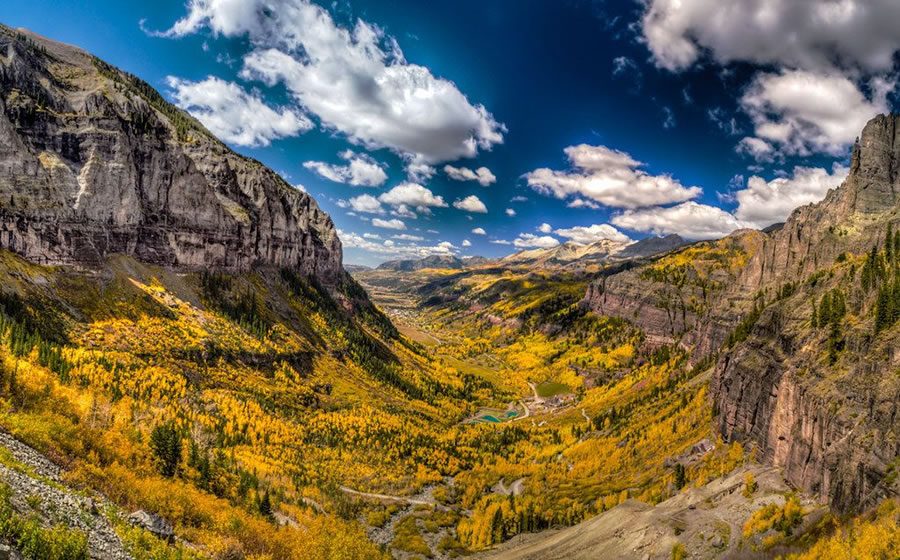 Frequently billed as "the most beautiful drive in America," the San Juan Skyway lives up to the hype with a showstopping 232-mile circuit through cloud-hugging Rocky Mountain terrain. Technically, you can pick up the route wherever you want, but Durango makes a solid starting point since it's the biggest city with an airport.

Head north from Durango through the four high-altitude passes between the historic towns of Silvertown, Ouray and Ridgway before looping through the Dallas Divide to Telluride, the famed mountain village surrounded in an amphitheater of San Juan Mountain peaks. Follow the Dolores River southwest to its namesake ranching community before turning east back to Durango.

The entire route is packed with soothing hot springs, scenic campgrounds and eerie ghost towns, while several archeological sites (including the Ancestral Puebloan cliff dwellings of Mesa Verde) are just a quick detour away. Much of the trip traverses the San Juan National Forest, which is a hub for hiking and mountain biking. 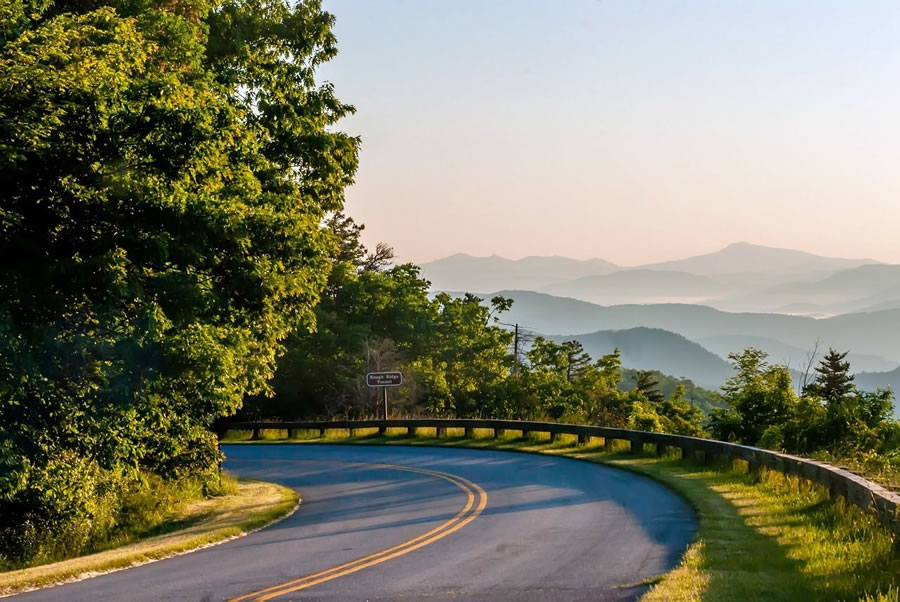 Few American road trips are as iconic as the Blue Ridge Parkway, which links the Appalachian Highlands of Virginia's Shenandoah National Park with the bear-filled wilderness of North Carolina's Great Smoky Mountains. More than 14 million visitors drive this winding road each year, making the long linear reserve the most visited site run by the National Park Service.

Most begin their journey on Shenandoah's Skyline Drive, which links up with the Blue Ridge Parkway at Afton, Virginia, about 3 hours southwest of Washington DC. From there, you can split the journey up at any number of campgrounds or cabins along the way. Popular stops include Virginia's iconic Natural Bridge, the bluegrass hub of Floyd, the mountain resort of Blowing Rock and the eclectic city of Asheville, which has more breweries per capita than anywhere else in America.

Avid hikers should set aside plenty of time for the detour to Mount Mitchell State Park, home to the highest peaks east of the Mississippi, as well as Linville Gorge, the "Grand Canyon of the East." Bikers flock to nearby Brevard, the "Cycling Capital of the South", to tackle the more than 300 miles of first-class single track between Pisgah National Forest and DuPont State Recreational Forest. 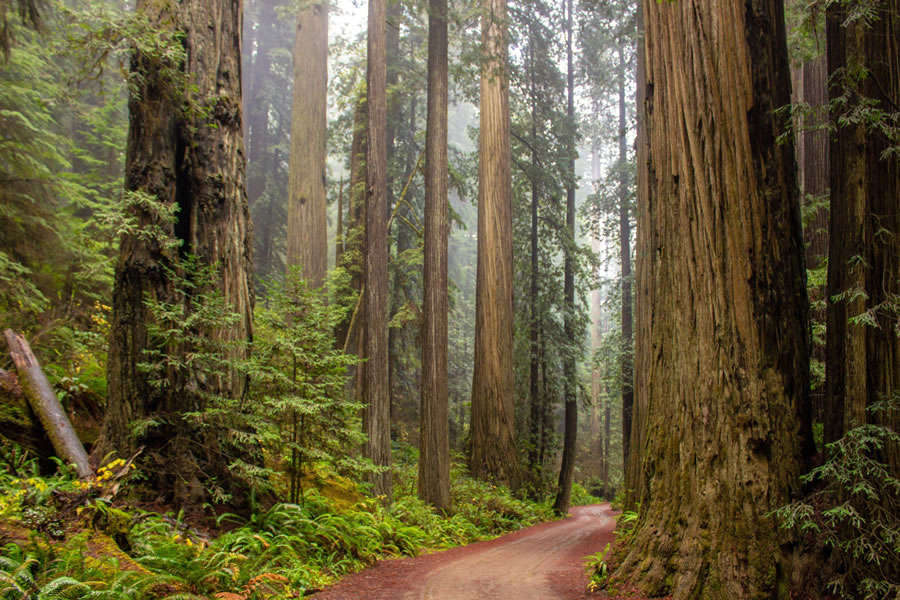 Most road trippers take California's famed Highway 1 south from San Francisco to Los Angeles via Big Sur. But if you really want to get away from the crowds – and out into proper wilderness – you'll want to head north instead into the Redwood Empire, which is jam-packed with seafront campgrounds and cabins tucked amid temperate rainforests.

This ridiculously scenic road trip begins at the Golden Gate Bridge, where you'll head north to skirt the wild beaches and scenic bays of Sonoma County. Towering old-growth redwoods dominate the landscape just north of Mendocino, where you'll turn onto Highway 101 for the rest of the trip. Between Humboldt Redwoods State Park and the Redwood National and State Parks a few hours north, you can tackle hundreds of miles of humbling hikes beneath the tallest trees on Earth.

Mountain bikers should take the detour west of Garberville to the Lost Coast, where the sea-hugging King Range is riddled with challenging single track. Paddlers should allot extra time for Fort Bragg, which boasts spectacular sea kayaking out to ocean caves. If stand-up paddleboard is more your scene, the four land-locked lagoons of Humboldt Lagoon State Park make for an epic backdrop. 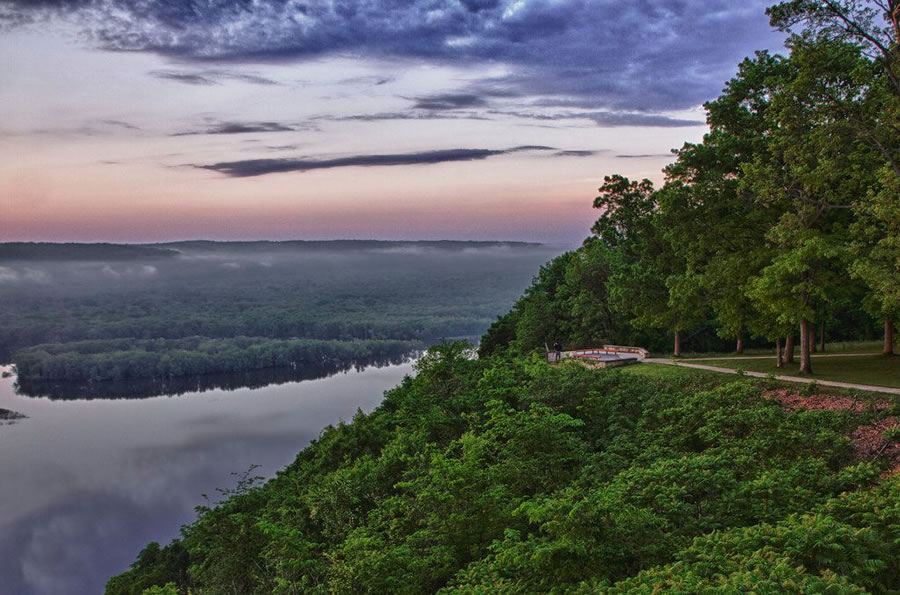 Great River Road, which follows the winding contours of the Mississippi River Valley, is an all-American road trip that often flies under the radar, despite linking several major cities between Minneapolis and New Orleans. Navigating the entire 3,000-mile byway is too daunting and time-consuming for most, so we recommend the scenic stretch between Minneapolis and St Louis.

Travel south from Minneapolis and you'll reach the widest point on the Mississippi near La Crosse, Wisconsin, which makes a good first stop for hiking, paddling or windsurfing. As the road descends into Iowa, you'll wind up and down limestone bluffs with soaring river views at state parks near Lansing and McGregor. The best are Effigy Mounds, which houses the remnants of one of North America's oldest civilizations, and Pikes Peak, which has some of the route's most exciting hiking and mountain biking trails.

The landscape flattens out after Davenport, the largest of the so-called Quad Cities, but is no less picturesque as you head south to Hannibal, the boyhood home of Mark Twain, where you can channel your inner Huckleberry Finn. The Mississippi collides with America's other iconic river, the Missouri, just north of St Louis and its soaring Gateway Arch.

The Adirondack Trail is a 188-mile jaunt through upstate New York from the banks of the Mohawk River, 45 minutes northwest of Albany, to the northerly outpost of Malone, near the border with Quebec. The first leg takes you up NY-30 from the village of Fonda to Indian Lake, where you can canoe out to forested islands for some of the best wilderness camping in the Northeast.

Follow more sinewy mountain lakes up towards the High Peaks Wilderness Complex, which contains New York's tallest summits, including Mt Marcy (5,344ft) and Algonquin Peak (5,114ft), as well as great hikes and camping. The area is also rich in streams, waterfalls and some 112 bodies of water – many of which are popular for cliff jumping.

At Tupper Lake, you can make a slight detour to Lake Placid, two-time host of the Winter Olympics and a true four-seasons hub of adventure. Head back to NY-30 for the final stretch past little-visited Titusville Mountain State Forest to the endpoint in Malone.