Kulkea athlete Nick Goepper won slopestyle gold at the 2021 X Games in Aspen this January. A few days after his return home to Salt Lake City, Kulkea caught up with the elite skier via Zoom. Over a cup of coffee, we discussed competing in the era of coronavirus, training for the Olympics and why the pandemic has turned him into an unapologetic puppy person. The below interview has been lightly edited for length and clarity.

Six years after your last X Games win, you just returned to the top of the ski slopestyle podium. How does it feel?

I'll be honest, I haven't really left the couch in four or five days. It's been a pretty action-packed month, so it's been nice taking a few days off to hang with the wife and the pup. But yea, it was really cool. It was unique because of the conditions we competed in because of all the precautions and limited fans. But I think it was really special because there was nobody there. It was just a more intimate experience with the athletes and the coaches. 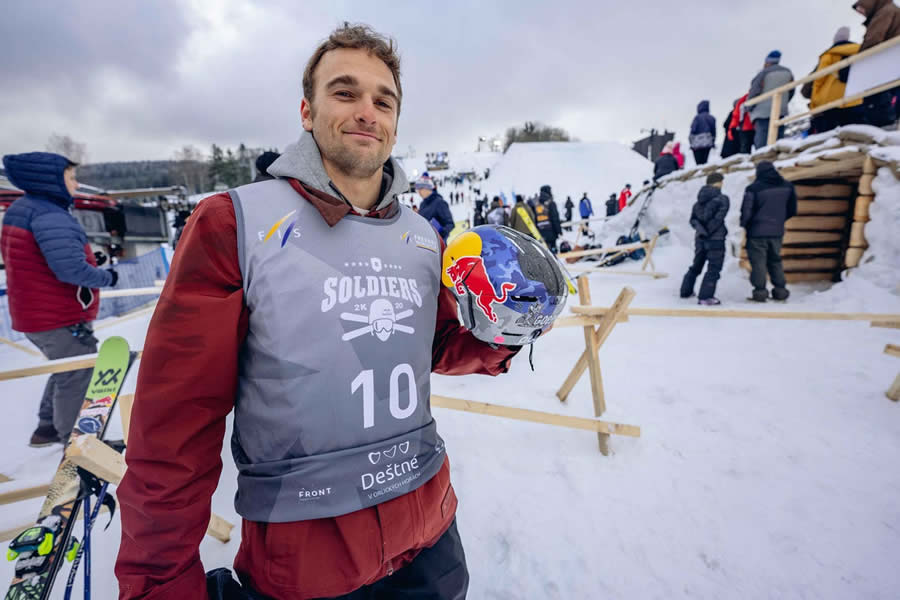 You're from Indiana originally. How does a boy from the flat Midwest become a gold-medal skier?

I grew up skiing on a 400-foot hill about 10 minutes away from my house called Perfect North Slopes. Contrary to what a lot of people think, I got many more hours skiing in Indiana than many of my friends did growing up on the East or West Coasts. That's because of the ability to ski at night. The lifts ran from 9am to 9pm for three-and-a-half months during the winter, and so that meant I could get 5-hour days after school every day and a 10-hour day on the weekends. Being so close to the ski resort, it was easy for me to either bother my parents to take me out there, or get my older friends to give me a ride.

Obviously, the pandemic sucks. But have there been any silver linings to training both in the US and Europe in the era of coronavirus?

That's all it's been has been silver linings for my wife and I, to be honest. We've been very fortunate to not have been too personally affected by Covid itself. So, we've got to spend a lot of time at home, a lot of time just kind of focusing on things we didn't have the time to focus on before. And also, right when it all started last spring, I got shoulder surgery, so I spent the first few months on the couch recovering anyways. So, it was kind of convenient that the world stopped and I wasn't really missing much.

What did you get surgery for?

My shoulder kept dislocating. I got this new surgery called the Latarjet that keeps the shoulder in its socket.

You just got a new dog. Be honest: is it a pandemic puppy?

It was planned before, but it just happened to come during the pandemic. I had a birthday in March, and my wife got me a puppy for my birthday.

It's a mini goldendoodle. I will say that the puppy has been great to have during all of the down time. I never ever thought I would be a puppy person, but I guess my values have shifted.

You've been converted to the dog life.

Yea, I always made fun of people at dog parks, but now I'm one of them.

Sure, but you're a lot more than a dog dad. You've clearly been training for the Olympics. What's that process like? What are your building blocks and goals, and how do you plan out the next year of training?

So, my life really changed a couple of years ago after I got married. All of the sudden, my life really became more intentional and kind of slowed down a bit. So that has really changed how I'm getting ready for the next season and how I approach skiing. Before, it was just kind of go go go. There were distractions everywhere. Now, it's kind of like almost scary. Cause I'm like, "I have all this time and security and stability, how do I even use this to approach skiing the next year?" But it's great. It affords me the ability to be a lot more intentional about how I do things. 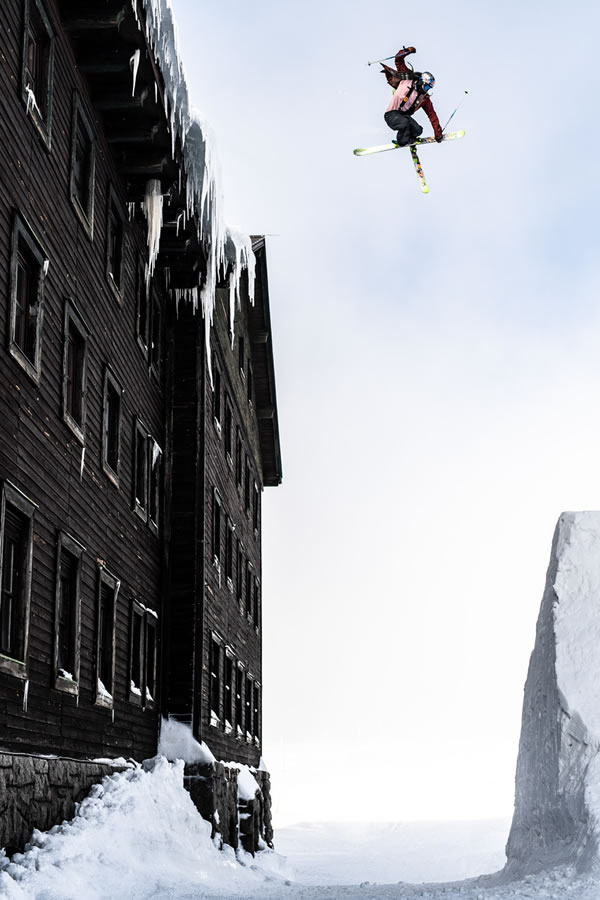 Beijing would be your third Olympics. What have you learned from your experiences at the previous two?

It's just like any other competition. The skiing portion of it is the same as all the other ones. It's just a much bigger TV show. That's the difference.

Well, we can't wait for that TV show!

Haha. Yea, a lot of people watch and the stories are popular. The financial incentive is bigger. But really, it's just another competition.

Yea, the coolest part is really the culture aspect. When we are at the Olympics, we're around people from so many other nations doing so many other sports. Something I didn't appreciate earlier – but now I do – is that the Olympics has such a rich history. The X Games and the Dew Tours are pretty cool, but when I'm older and I've got kids and grandkids, to be able to say I was in the Olympics is really cool. It feels like a part of popular history.

Obviously, training for the Olympics is a massive challenge. And for some in certain sports, it's an opportunity that really only happens once in a lifetime. What would you say to the athletes who trained four years for the Tokyo Olympics only for it to be pushed back another year?

I have no idea. I can't even imagine. That is like the worst thing ever. I mean, I guess there is only one thing to do and that's to keep going and hang in there. It's unprecedented. It's crazy. But if you can hold out, keep holding out. Japan seems pretty motivated to make it happen.

Yea, it's insane what a whole year can do to you when you're trying to perform at a certain level.

If you qualify for Beijing, how do you think it might be different for you both on and off the slopes?

On the slopes, I have a new coach, which is great. He's been really awesome about the training schedule and the flexibility. I've also got a super stable platform here in Salt Lake. As far as on the snow goes, I think I have a great advantage in terms of being able to train, where to go, how to do it, with whom I do it. It's just much more controlled than before. Off the snow, I think it will be more enjoyable actually. Before, it was kind of crazy and I had friends in and out of my life. There were just people everywhere and it was a circus. Having been to two already and knowing how the deal goes, enjoying each moment and savoring the experience will be a lot easier this time around.

What's your favorite trick? Any trick on a quarterpipe.

Favorite summer activity? I like riding BMX and hitting dirt jumps. That's partly because I've had several mountain bikes and they've all been stolen, so I only have my dirt jumper!

True or False: You asked Taylor Swift to be your Valentine after meeting her at the Golden Globes? Umm… yea I think so? I don't remember if that was my idea or the publicist I was with.