For Kulkea athlete Luke “Lupe” Hagearty, skiing is a way of life. Though a native of West Hartford, Connecticut, Hagearty first earned his skiing chops in a remote corner of Vermont's stunning Northeast Kingdom.

“I was told my parents put me between their legs before I was able to walk and skied me down Burke Mountain,” said the 27-year-old freeskier.

“I grew up as one of 15 cousins,” said Hagearty. “We all stayed at a family cabin in Burke during holidays and weekends in the winter and skied.”

Winter got its hooks into Hagearty early, and didn't let go. Embracing the elements by being active outside was simply what his sprawling family did.

“At first I was so drawn to skiing because it was a time when I would get away from the city and spend time with my grandparents, aunts, uncles, and cousins in Vermont,” he said. “Skiing was this thing that brought happiness into my life, and was the glue to bringing friends and family together. Those memories are truly some of my happiest moments in life that I look back on to this day.”

During those early, formative years, Hagearty tried his hand at a number of snowsports.

“I skied very recreationally with my cousins until I was about 9,” he said. “At age 9, I switched to snowboarding because my older cousin Pat (Gority) made the switch, and I wanted to be like him.

“I snowboarded until I was 12, and then switched back to skiing because Pat did,” said Hagearty. “Looking back on it all, I think it was one of the best things that ever happened to me. At the time, though, I just wanted to be like my cool older cousin.”


The arch of Hagearty's interest in skiing increased dramatically once he returned to two planks, and headed into the terrain parks.

“At the end of middle school, when I got my first pair of twin-tip skis, skiing started to become this whole new thing in my life,” he said. “It was this huge outlet for me to be free and do what I want, without anyone telling me what to do or how to do it.

“On top of the freedom and creativity it brought into my life, the physical act of skiing was a way for me to get away from everything that was going on at home,” he said. “When I got my skis on my feet nothing else mattered, time seemed to stand still.”

Thanks to the generosity of his paternal grandmother, Mitzy Conlon, who dipped into her retirement savings to help her grandson, Hagearty was able to attend Waterville Academy in New Hampshire during his junior year. That experience further fueled his passion.

“I never thought it was an option. I didn't have the means,” Hagearty said. “I just wanted to be a pro skier, and ski every day. It was like a dream come true.”

The year at Waterville Valley also provided Hagearty with the nickname that, although it took a while to warm up to, he carries to this day.

“A friend called me 'Lupe Fiasco,' who is actually a hip-hop artist,” said Hagearty. “I didn't really like it at first, but it kind of stuck.”


Over time, skiing burrowed itself into Hagearty's imaginative soul.

“Skiing is a beautiful outlet for creativity,” he said. “You can literally reinvent yourself through skiing. Our culture is really cool – you can dress how ever you want, ski how ever you want, listen to what ever music you want. A huge thing to remember is our sport was built off of freedom.” 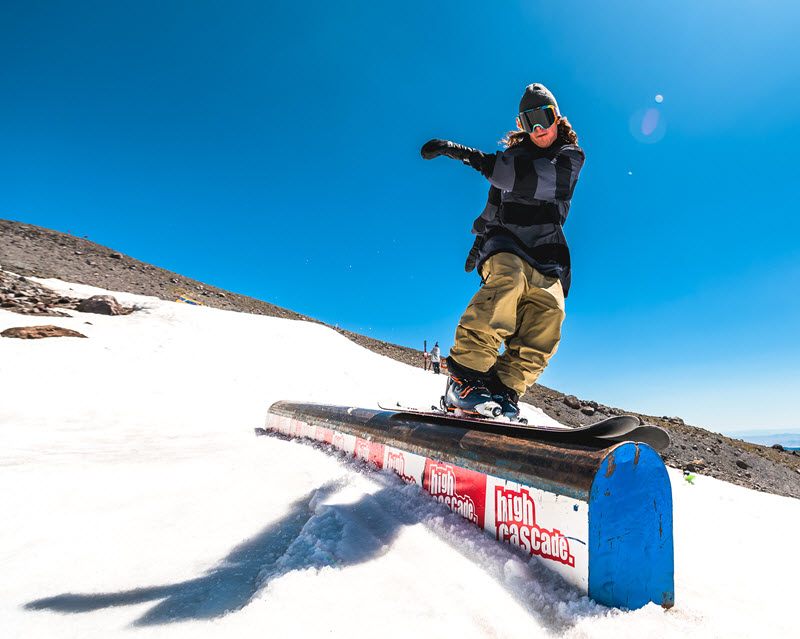 Hagearty also finds motivation from other outlets, both physical and creative.

“When I am not skiing, I try to spend my time playing guitar, skateboarding, and surfing as much as possible,” he said. “I find music to be an extremely powerful outlet in my life, just like skiing. I feel like without either, I would be lost.

“Lately, I've felt very strongly that the music of my life and skiing are very interdependent,” Hagearty said. “I feel the strong need for both. It's cool to see how they both interact and correlate with each other.”

Hagearty's sport of choice played an important role when he eventually made the transition from his large, extended family to an even bigger community.

“It is crazy how small the industry/ski world is,” he said. “I think it's incredible that young kids in skiing can actually get the chance meet and ski with professionals if they happen to be in the right place at the right time. I feel like that never happens in other industries like professional football, basketball, etcetera.

“I went from being a super ski-nerd fan boy, to being friends and on teams with guys I grew up idolizing my whole life,” he said. “I grew up heavily influenced by Tanner Hall, Inspired Media, 4bi9, Stept, and the OG Level 1 crew.”

These days the concept of “home” is a bit elusive, as Hagearty has spent time in Colorado, Utah, and Oregon over the past year, in addition to several stints in Europe.

“I've literally been living out of my suitcase for the past six months,” he said. “But I really love the Pacific Northwest.”

Part of the attraction is Deviation Ski and Snowboard Works in Portland, Oregon, where Hagearty is helping to develop a prototype ski – his first pro model – which is expected to be released in January.

“It's a freestyle oriented ski,” he said. “My idea is it's something anyone can get on, but even if you don't hit rails, you can ski it all over the mountain.”

Despite a somewhat nomadic lifestyle over the past year, Hagearty acknowledged that he has relied heavily on the support of family and friends.

“I am constantly inspired by my family and friends,” he said. “I've been very fortunate to be surrounded by a lot of amazing people over the years.

Throughout his quarter century, Hagearty said those family connections – he gives special credit to an uncle, Ed Quinn, for his personal development– and friendships with freeskiers like Ian Compton and Tom Wallisch of Good Company have sustained him.

“Family and friendships are very important to me,” he said. “So I try to make time to relax, talk, and eat food with people I care about. It's so simple but there's something very special to me about sharing food and good conversation with people I love.”


Both Compton and Wallisch were instrumental in Hagearty's transition from a path of competitive skiing to a career focused on street skiing, films, and video parts.”

“The filming is competitive, it's just a different kind of competitiveness,” he said. “When I was younger, I was on the path of competing in the Junior Olympics. That was cut abruptly, because of the financial commitment you need.” 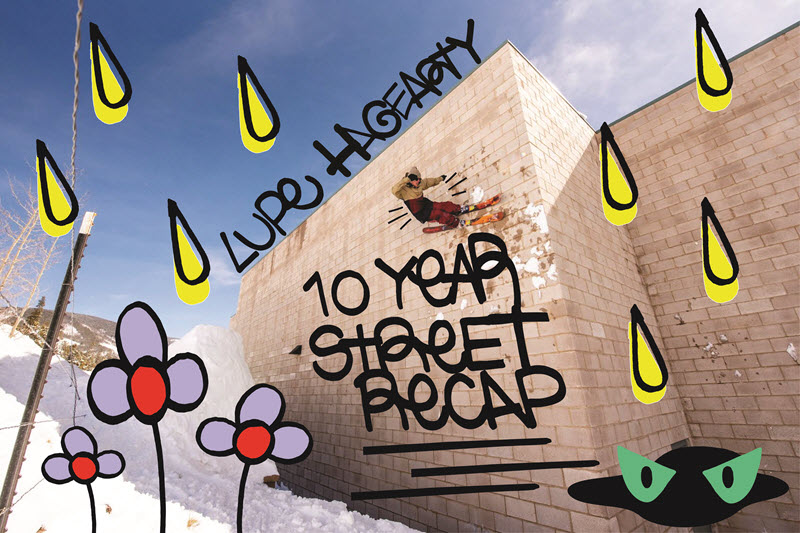 Now it's Hagearty's turn to inspire. He is working to complete a 10-year film project on his own journey through the sport, and in early October, he'll be traveling to Annecy France, to unveil the latest film he participated in at the High Five Festival – Europe’s biggest ski and snowboard movie premiere. Then he'll be off to the United Kingdom to promote the Planks “Grass Roots Tour,” where athletes visit a series of indoor ski areas and “dry slopes,” interacting with local fans.

“It's a great event and a good platform to have kids learn about myself and my sponsors,” he said. “My goals for skiing are to leave a mark, and inspire others to follow their dreams.

“I thinks its probably one of the best things about what I'm doing,” said Hagearty. “For myself, I feel very strongly that skiing has kept me on a positive direction in life. Little things, like getting to meet someone you idolize, or have a pro skier say 'neat trick,' it can make a world of difference to a kid. I feel an obligation to do the same, and I'm happy to do it.”

Recent Posts
Meet Julia Krass.
When to Replace Your Ski Equipment?
How to Ski on a Budget?