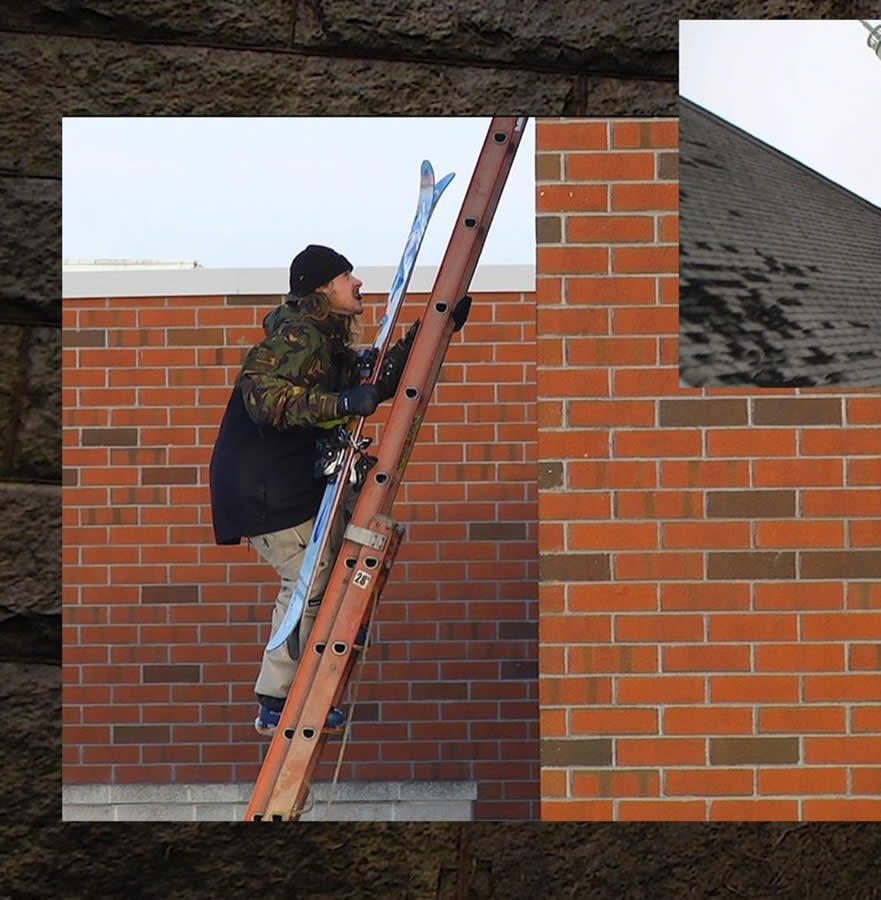 Kulkea athlete Lupe Hagearty has made quite a name for himself in recent years with his epic street skiing videos, which have wowed crowds at top festivals across the globe. We caught up with the stealthy urban skier (via Zoom) in – of all places – a thatch-roofed cabana at a surf beach on Mexico’s Pacific Coast. Over a cup of coffee, we discussed the upcoming X Games Real Ski competition, how many hours it takes to capture a six-second clip and what Hagearty does when a cop tries to shut down his shoot. The below interview has been lightly edited for length and clarity.

Mexico is the last place we expected to find you during ski season. What are you up to?

I know! It's the first time I've ever taken a trip in the winter without going somewhere to ski and film. But the past couple of months have been pretty hectic and stressful, so I was just like: 'I'm going to go and take a little break.' And I'm super stoked to be here.

It is; it's a good change of pace.

So, when you're not at some beautiful beach resort in Mexico, where do you call home? 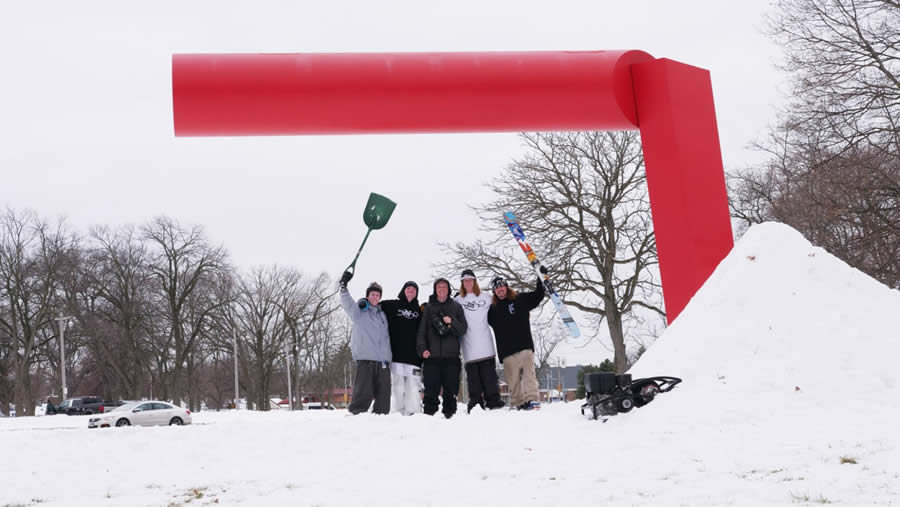 And is that where you first got into urban skiing? Or was it back east, where you're from?

When I was at the Waterville Academy [in New Hampshire] we were on a program of competing and trying to qualify for the Junior Olympics. And to compete and travel is very expensive, let alone skiing in general, so pretty quickly I realized that the competition route didn't seem extremely attainable for myself with the financial backing – or lack thereof – that I had.

Some of the people I looked up to at the time were fully establishing themselves in the ski industry just off of making films with their friends or making web series videos or filming for feature-length ski films. The urban skiing scene seemed accessible to me. I lived in a city and all it takes is to have a lot of motivation and snow on the ground. If you have skis and boots and a shovel and some friends, you go out and get creative. You look at the city as your canvas and try and paint your picture. You try and get creative and do things a little differently than the normal person. 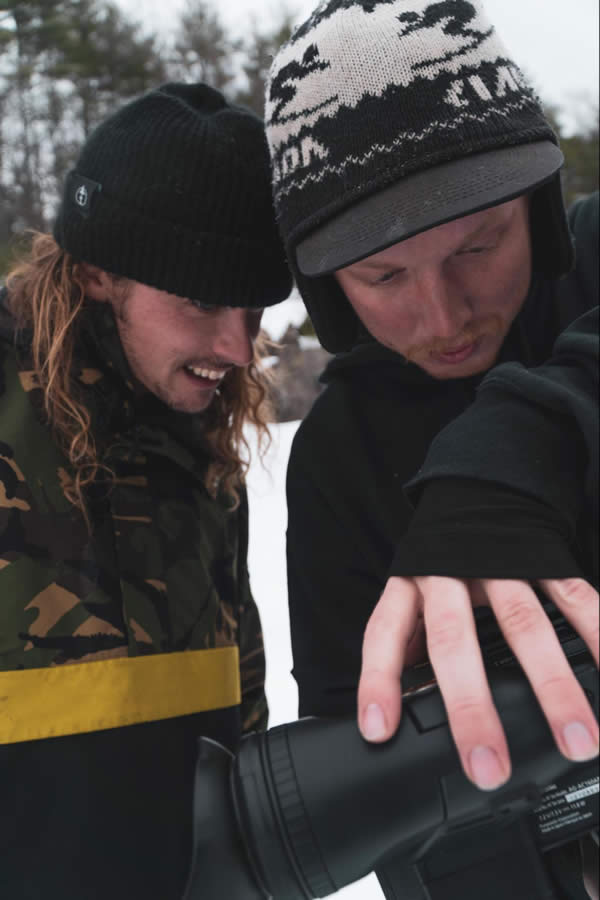 You've established yourself as both an athlete and an artist. How do the two passions feed off each other?

I think working on a segment or a video project or a movie is a lot more than just skiing and being an athlete. To have a vision of how you want your final product to look – and how you want your viewers to feel when they're watching it – you have to know how to portray skiing. You try to do that with music, with editing, with spot choice and all sorts of post-production stuff as well.

You must have a massive film archive by now. Any favorite shots in there?

I'd say the project I released this past fall, Nowhere Now Here, is something I'm very proud of and pretty stoked on. The whole process involved a lot of ups and downs. When we were filming in Minnesota our Airbnb got broken into. All of our camera gear got stolen, and that threw a wrench in the gears. So, we had to figure out how we were going to replace all the camera gear. But the whole process going through that and having the product still come out and be stoked on it and get a nomination for Best Male Street Segment from [the International Freeski Film Festival] iF3 was a very big honor.

Man, that must have been tough. How did you guys finish the project when all the gear got stolen?

One of our friends actually created a GoFundMe-type campaign. It was incredible to see the way the ski community and friends and family reacted. We basically raised enough money in five days to replace the camera gear and keep filming. It was very overwhelming in the most positive way. 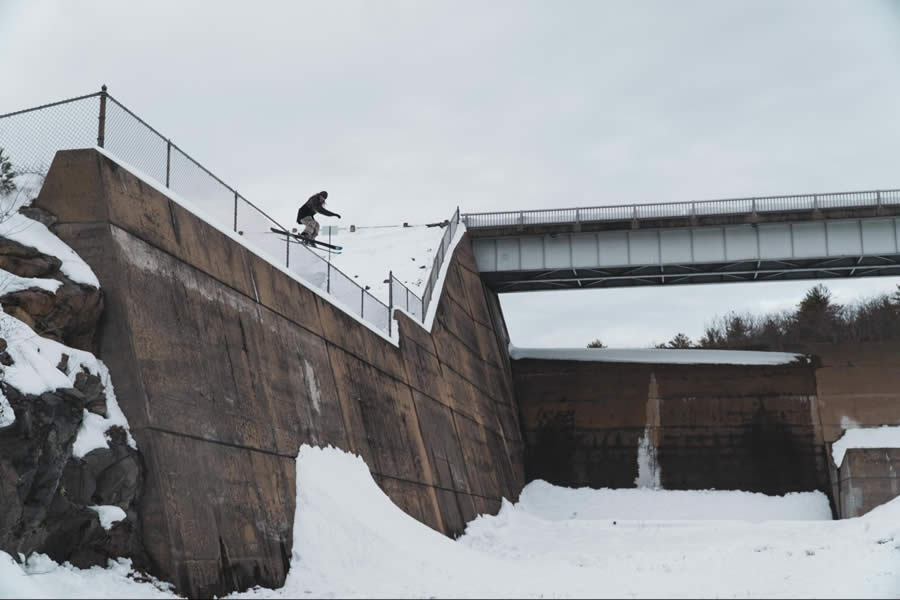 If Nowhere Now Here is the project you're most proud of, what are some of the wildest things you shot for it?

I guess there were some spots that were definitely pretty gnarly. I was taking a risk knowing that, if this doesn't go well, there is a chance I'm going to get seriously injured or worse. There are spots where we are kind of, well, we're trespassing and climbing up on people's roofs to jump off them and do stuff someone who doesn't urban ski will be like, 'what are you doing?' We always try to be polite and not ruin anyone's property. But we pretty much have the mentality of get it done at all costs.

We've seen some urban ski videos where cops pull up or a bunch of people start complaining. Does that happen often?

Yes, especially when we're filming in the US where people are really sue-happy. Everyone is extremely worried about liability in the US, thinking you will sue them. For the most part, we just try to be respectful when a cop or someone shows up. We try to explain to them that we are professionals and this is what we do for a living. We make sure to clean everything up when we leave. But there are definitely times when people show up and are just like not stoked and are freaking out about stuff.

We were at this playground a couple weeks back and we were jumping off some roof and a cop showed up and was freaking out. We try to just be patient and diffuse the situation. Knock on wood, I've been really lucky not to have anything too crazy happen with the police. Usually they'll say 'we think it's cool, but so and so called and asked us to take care of this.' Overall, it's been pretty chill. Usually if you are respectful and not breaking things it works out pretty well. 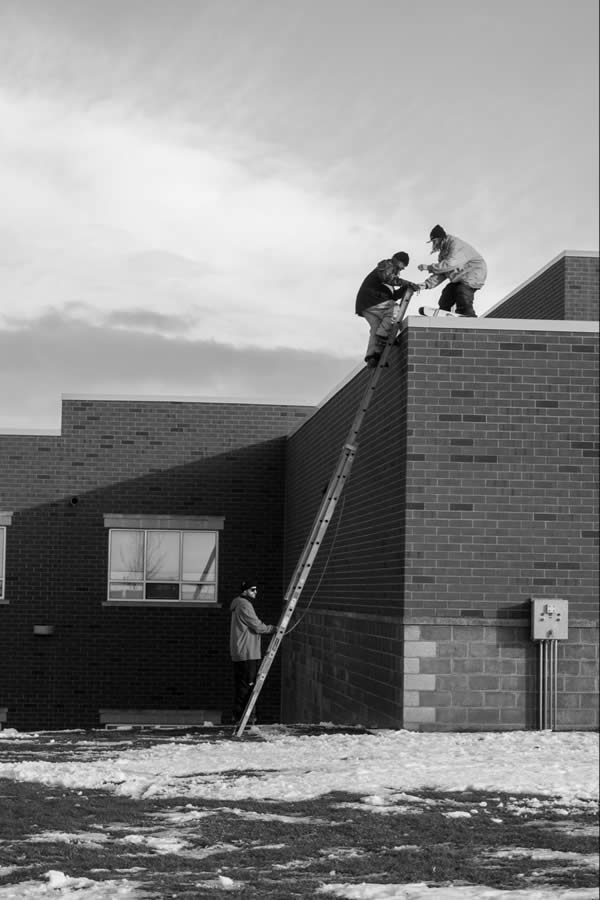 Tell us a bit about the process behind your films. Most are a few minutes long and you're either landing your tricks perfectly or epically failing. What's the reality? How much work goes on behind the scenes to get everything right?

Most people don't understand the amount of effort it takes to get a four- to eight-second video clip. On the extreme side, there are clips that, even before I put my skis on, there were six to eight hours of work to make it possible.

We use Google Earth to look for places that have staircases and other features we can ski on. So, we scout areas before we even get there. But we spend ridiculous amounts of time in the car driving around looking for rails and other things to hit. Then there are always the factors of what kind of building or facility it is you're trying to ski at. If there is a rail or something at a school, you can't really go during the week; you either have to go on a weekend when no one is at the school or go at night and bring lights and a generator to light it up.

Sometimes we go on trips and get all nocturnal, waking up at 4pm or 5pm to go out until 3am, 4am or 5am. Our internal clocks are all messed up and it's all just to get these four- or five- or six-second video clips. Even then, once you find the spot, the amount of work that can go into shoveling or setting up the generator and lights or carrying the winch, which is the machine that gets you speed, can take a couple of hours. Then, on top of that, you have to ski and get your trick, which can take a couple more hours. It really is a lot of effort and a lot of time that goes into making a segment for street skiing. 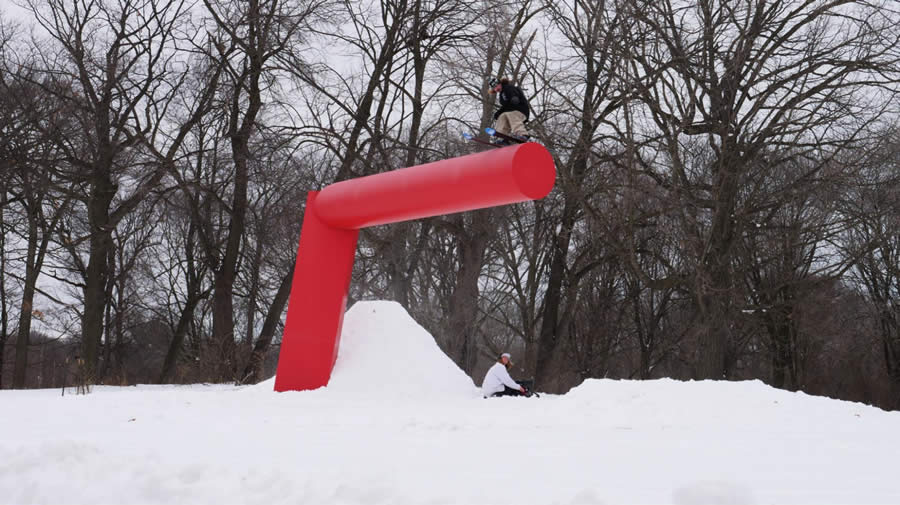 That is way more time than we imagined.

Yea, but every spot is different. Say it's a rail; you need to have an in-run that's snow and a jump or take-off and a landing as well. If there is not much snow on the ground, like earlier this season, we would shovel snow into the back of a truck and transport it to a location to be able to ski on it. There are other factors, too. Sometimes there are some bushes or tree branches you need to trim, or a rock you have to cover up in the landing. Sometimes there are skate stops on the rail that you have to file down.

You've just finished filming for the X Games Real Ski competition. When can we expect to see the final video?

The videos will release online for the fan vote on February 22. Then, on February 28, they are going to release the TV show that will air on ESPN and ABC. That will have all the interviews of the athletes, the athlete videos and interviews about the process of filming. Then, they will announce first, second and third place.

We can't wait to see it!

Thanks. It's a pretty exciting opportunity. Growing up, I always dreamed of being in the X Games. Once I stopped competing, it seemed like it was something that was no longer in the cards for me. But finally, the stars aligned and it worked out. 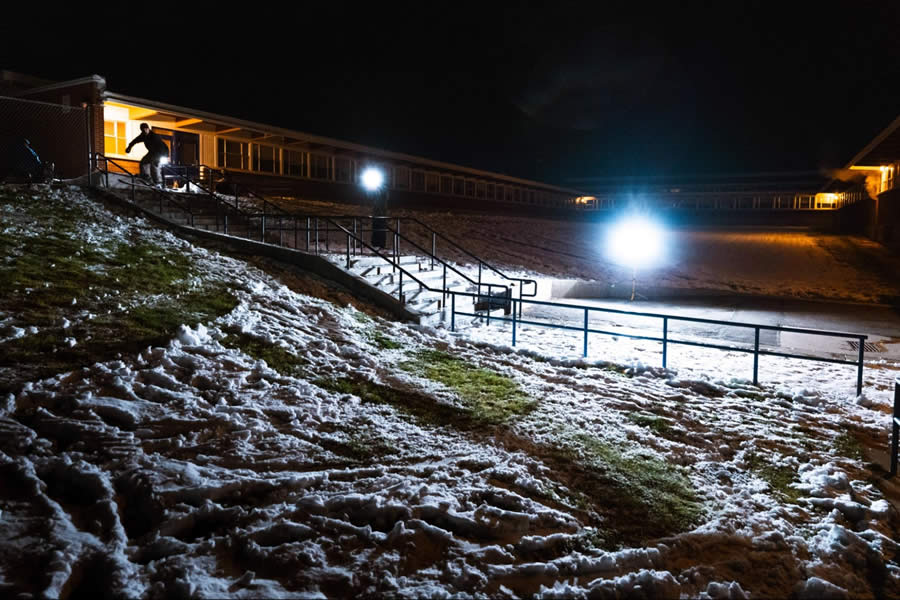 Do you have any other projects on the horizon at the moment?

I have this long-term documentary that I've been slowly chipping away at. It's going to be a piece about my life and talk about where I came from and some of the things I overcame and dealt with to make skiing a reality. I want it to be a story that will not only inspire skiers; hopefully people who don't ski can watch it, too, and take away from it that, if you have enough passion and drive, and you are willing to work hard, you can make your dreams come true. The goal is to have it done some time next year.

True or False: Lupe is not your actual name? True, but I can count on one hand the people who still call me Luke.

True or False: You skied before you walked? Also true. But, honestly, it was like my parents putting me between their legs. Does that count?

Favorite trick at the moment? Maybe a tail press. It's super simple but it feels good.

What's the worst thing about being a street skier? Getting kicked out of spots when you've built for a few hours and are about to put on your skis.