It's that special time of year when the North Pole tilts closest to the Sun, elongating daylight, shortening the night and heralding the official start of summer across the Northern Hemisphere. The June solstice has long been associated with growth and renewal, particularly in communities living at the planet's northernmost latitudes. To celebrate this burst of celestial energy, they've developed elaborate rituals and customs. Most Northern Europeans, for example, meld ancient Pagan rituals with a more modern Christian holiday in honor of John the Baptist. 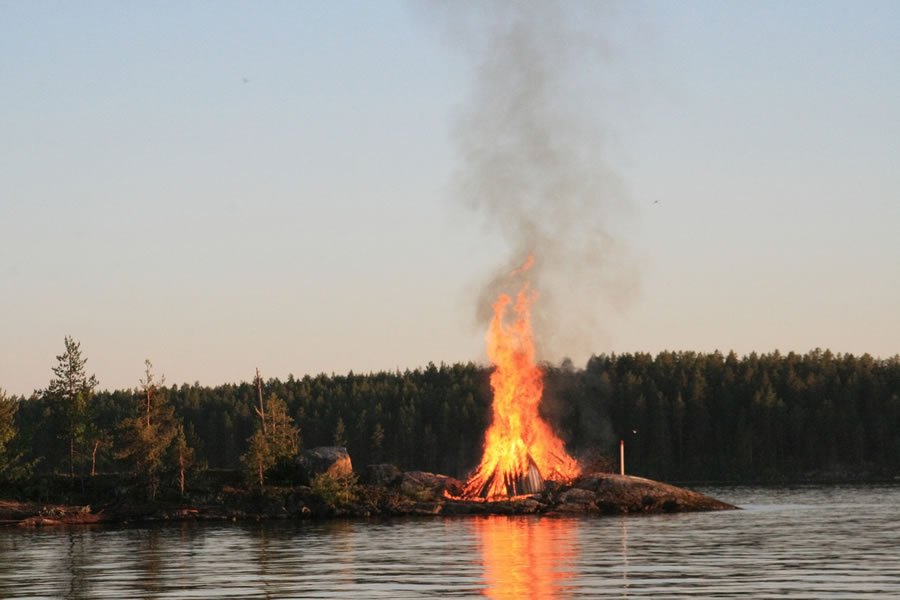 In Finland – a country with strong ties to Kulkea – Midsummer is called "Juhannus." Juhannus celebrations are some of the biggest of the year as families across the nation head out into the countryside to boat, fish, barbecue and bask in the Midnight Sun. Of course, this is Finland, so the sauna is a key ingredient, as are booze and bonfires. In the olden days, the latter was thought to keep evil spirits away and ensure a good harvest, while drinking copious amounts of the former was said to bring luck and fortune. Drinking (for many many hours!) around a bonfire remains a spirited part of the modern celebration, too.

Nordic neighbors Sweden, Norway and Denmark all have similar traditions to the Finnish Midsummer, but it's not only Northern European countries that revel in the longer days. Here's a look at six other places with unique summer solstice traditions all to their own.

Fire plays a key role in many European midsummer celebrations, but none are quite as elaborate as the mountain pyres of Tyrol, Austria. Each June, residents blanket the Tyrolean Alps in bonfires and candles from the German border, in the north, to Bolzano, Italy, in the south. This Herz Jesu tradition – which sees ski slopes and mountain ridges lined in fiery hearts and crosses – dates back more than 200 years to when the region was threatened with invasion by Napoleon. Back then, the dramatic gesture was viewed as an oath sworn to the Sacred Heart of Jesus to protect Tyrol from invading French troops. The modern event marks a more festive start to summer – one that's led by local mountaineering associations. Members climb into the Alps days in advance to craft immense fires that will light up the valley floor.

Anchorage makes the most of its 22 hours of daylight by hosting a big summer solstice event replete with a citywide celebration downtown and loads of themed adventures in the hills just beyond. The Mayor's Marathon & Half Marathon sets runners loose on some of Anchorage's more challenging trails, while the Slam'n Salm'n Derby sees anglers reeling in monster salmon nearby on Ship Creek. Meanwhile, the Nordic Skiing Association of Anchorage holds a Midnight Sun Ski Jump-a-Thon in the hills above town. The most popular activity for everyday Alaskans, however, is the hike up 3,510 feet to the top of Flattop Mountain. Solstice visitors camp out on the summit and celebrate the extended sunshine with views over the distant Denali massif.

Celebrated on the fifth day of the fifth month of the Chinese Lunar Calendar (generally in mid-June), the Dragon Boat Festival is one of Asia's most iconic midsummer holidays. Festivities take place across Mainland China as well as in Hong Kong, Macau, Taiwan, Vietnam, Singapore, Malaysia and other places with large Chinese communities. The three-day festival's marquee event is the racing of human-powered long boats – a tradition that began more than 2,500 years ago in the Pearl River Delta region of China's southern Guangdong Province. Each boat features a vibrantly painted dragon head on the bow, with a drummer sitting below it to amp up the racers and ensure they keep pace. The festival entails much more than its namesake sport; it also involves plenty of eating (zongzi rice dumplings are a top tradition) and drinking (the cereal-based realgar wine is said to rid the body of toxins). 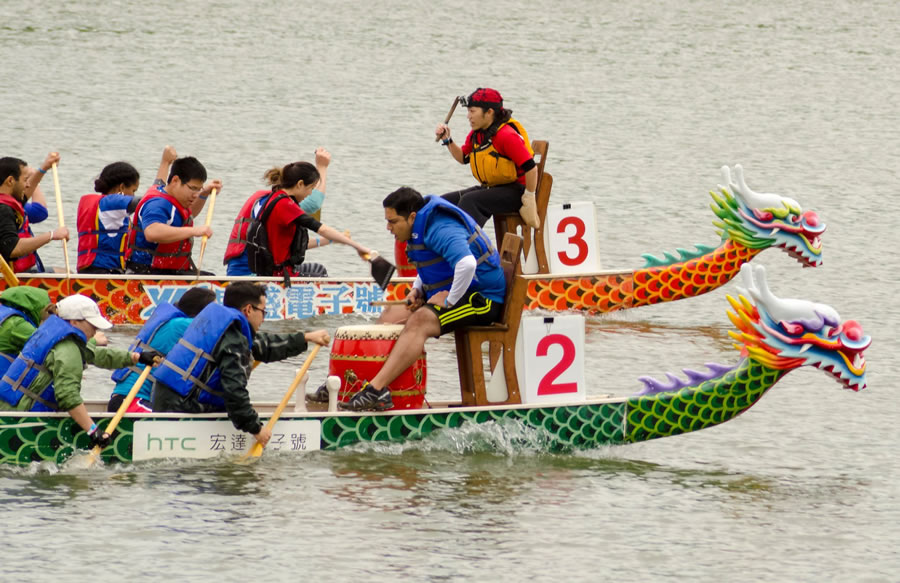 When you live in the chilliest city in the coldest permanently-inhabited part of the world, the arrival of summer is kind of a big deal. That's why the citizens of Yakutsk, capital of the Sakha Republic of the Russian Far East, gather en masse outdoors to mark the moment when temperatures finally swing from winter lows of around -70°F to summer highs of 70°F. The Ysyakh Festival, held on the edge of the forest just north of town, pays homage to local nature deities and celebrates a brief season of renewal and fertility after the long freeze. Events include wrestling, horse racing, battle reenactments, traditional dancing and an all-night feast under the Midnight Sun – all fueled by the local alcohol: fermented horse milk. 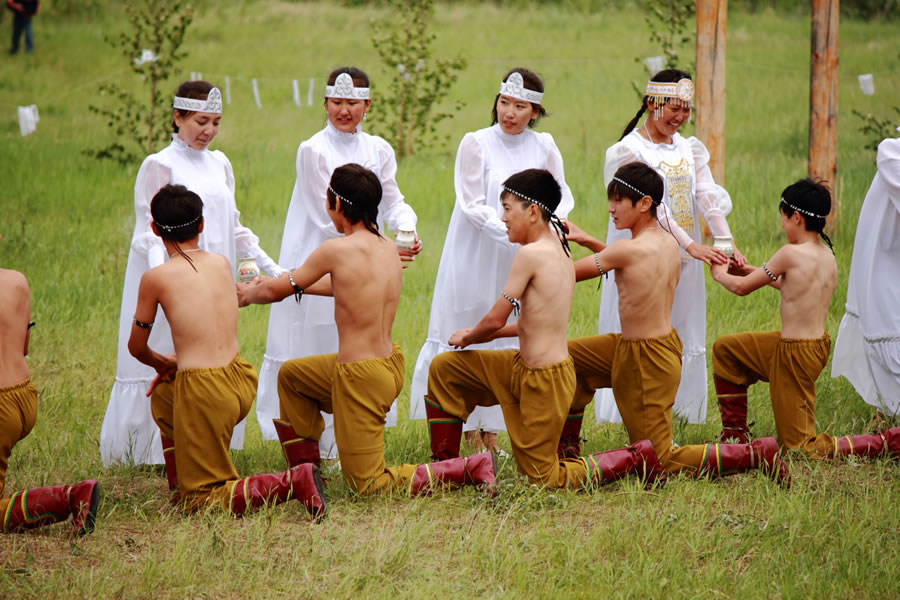 Ontario, Canada, stages one of the largest and liveliest midsummer celebrations in North America: the Summer Solstice Indigenous Festival. Typically held over four days at the Vincent Massey Park (just south of downtown Ottawa), the event draws upwards of 40,000 visitors and celebrates the contributions that Inuit, First Nations and Métis peoples have made to the Great White North. Due to the pandemic, all of this year's pow wow competitions, music awards and live comedy will take place online over the 21-day period leading up to the solstice. 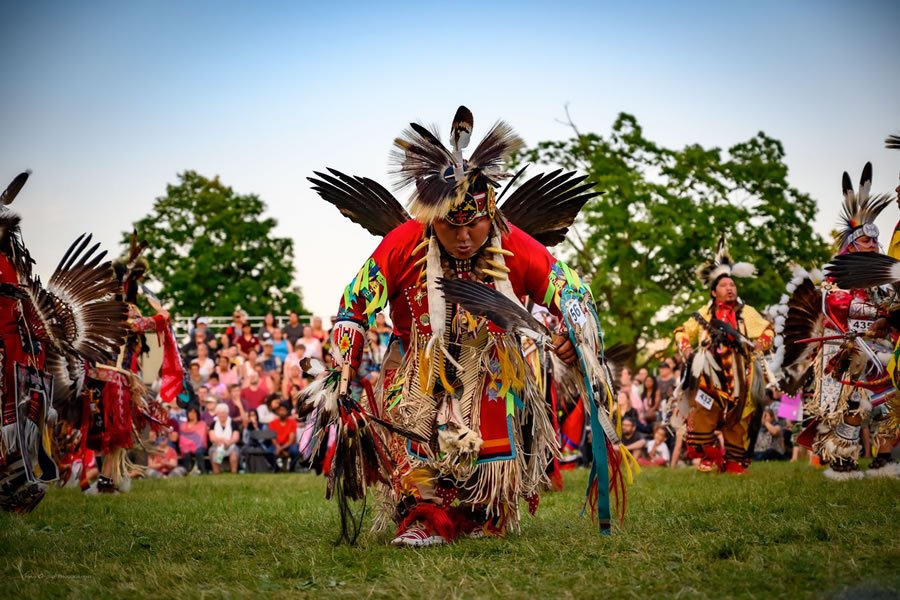 Ever wanted to attend a concert inside an active volcano? Or perhaps you'd prefer a live DJ set on top of a glacier? Iceland's Secret Solstice festival makes the surreal real with out-of-this-world performances from the likes of Anderson Paak, Gucci Mane and the Black Eyed Peas at some of the island nation's iconic natural wonders. At the main concert venue in Reykjavik, festival-goers camp out under 20 hours of daylight and the Midnight Sun, creating what is quite possibly one of the most epic solstice experiences on Earth. Oh, and there are also roaming Vikings and geothermal pool parties. Due to Covid, the event won't take place again until 2022. 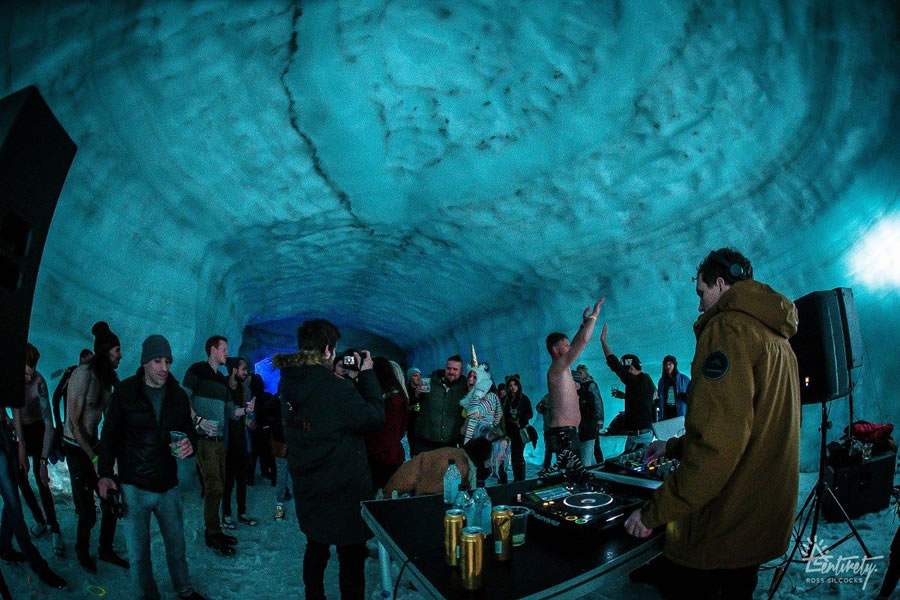